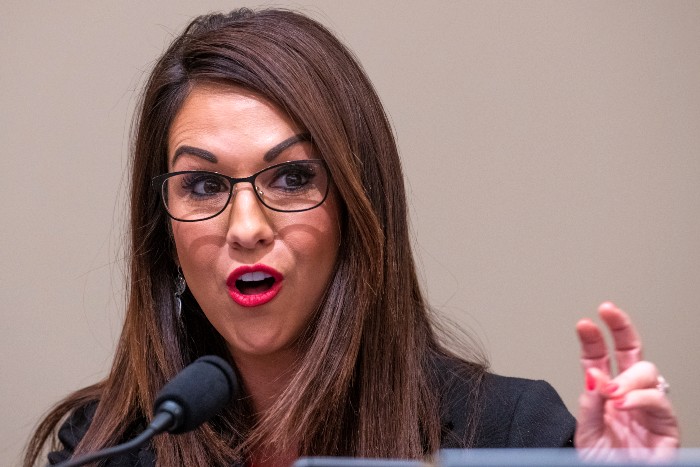 Lauren Boebert’s Husband Is the Real Victim in That Bowling Alley Story, You Guys

So this blurb has two incredible tales in one: First, Lauren Boebert somehow wrote a book despite the fact that she makes Sarah Palin’s words look like Maya Angelou. Second, in that book, Boebert actually tries to say that her husband is the real victim in the infamous bowling alley story where he got arrested for exposing himself to a minor while Boebert was there. According to Boebert, a flirty bartender is to blame for wanting to see a tattoo he got near his wang like the classy gent that he is. (Raw Story)

Lady Gaga is apparently losing dancers left and right for her new tour thanks to an allegedly asshole-ish choreographer. (Lainey Gossip)

Tom Cruise loves how he can be himself in the U.K. I had no idea the country was so tolerant of maniacal space messiahs with a death wish, but okay. (Celebitchy)

nancy I swear to god pic.twitter.com/FQfZY3Excp

Stranger Things 4 star Joseph Quinn had a very shitty experience at London Film and Comic Con thanks to the staff literally yelling at him for being too nice to fans. Jesus Christ. (Variety)

This headline melted my brain. (The Wrap)

Peloton is no longer manufacturing its own machines. (Gizmodo)

LittlePlat picked up Sue Prideaux’s biography of Friedrich Nietzsche, I am Dynamite, because it looked more focused on the man himself. "He’s so much more human here, but my God, I would get so damned frustrated with him if we were to meet in real life." Who else has a surprising biography? (Cannonball Read 14)

From Kaleena: This mom is seriously over it.

Watch this mother bear trying to get her cubs across the road
pic.twitter.com/Vzyt2gmmIV

← 'Westworld' S4, Ep 3 Explained: Bernard Is Totally Doing A Doctor Strange Thing | The James Webb Telescope Provides Our Best Glimpse Yet Into the Past →