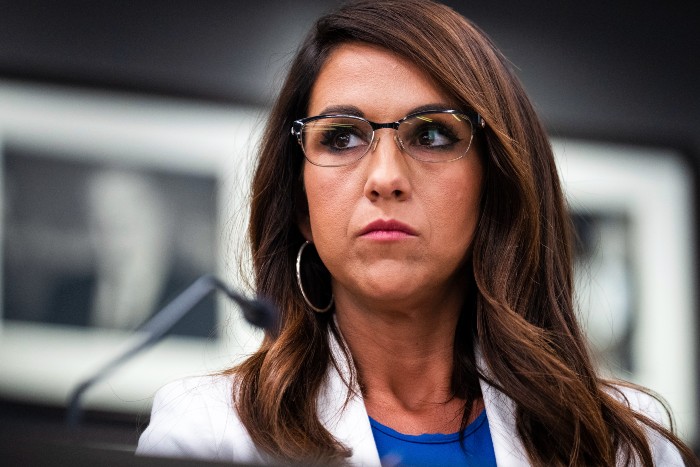 After spending her time in Congress posing for heavily armed Christmas photos, promoting anti-LGBTQ content from Libs of TikTok, and now backing Ron “Don’t Say Gay” DeSantis, Lauren Boebert doesn’t get to offer thoughts and prayers when the blood from the Club Q shooting in Colorado is on her hands. (Daily Beast)

From Seth: I see no flaws of logic. #family (TikTok)

The problem with American patriotism. (Dame)

Jon Stamos wants everyone to give Aunt Becky a break. How ‘bout no? (AV Club)

Henry Cavill’s Superman return is not going smoothly. (The Wrap)

From Jen: Banksy tells fans to shoplift from Guess after they stole his artwork. ✊ (Instagram)

Escape from New York is getting a reboot. (IndieWire)

You’re not ready for how much these jokers want to talk about Hunter Biden’s laptop. (Esquire)

Happy 83rd birthday to Margaret Atwood, a perennial favorite of Cannonballers. Between the news and the ongoing TV series adaptation, The Handmaid’s Tale comes up a lot. Vel veeter was prompted to review it this year and reflected on how Atwood’s 1985 book captured present day conservatism. "The society they set up is structured to act and look like a fable so that they can fabricate rites and rituals that seem like ancient practices, but are just there to mask the reality of the world they’ve created." Have you read any of Atwood’s other books? (Cannonball Read 14)