Let’s enjoy a smidge of Hot Priest and Phoebe Waller-Bridge, shall we? We shall! - (Lainey)

Oh, MiMi, just yesterday we were enjoying all your good press and now you order $500 worth of take-out and no tip? That’s so tacky. - (Celebitchy)

Guh, Courtney rebreaks my heart as she reminds us of the Juliana Hatfield ghost angel episode of My So-Called Life - (SYFY)

Did Ducherincess Kate squirm away from Prince William’s attempted PDA during the Mary Berry special? - (Dlisted)

Yes, yes, I know, Amazon is evil and you don’t shop there. I know. BUT. There are at least 12 blankets on this list that I would jump up and down and clap like a seal for if someone gave them to me for Christmas. - (PS)

There’s a new app that is sure to piss off Megyn Kelly—which is great in itself—but better than even that, it will make millions of black children and their parents very happy. - (The Root)

I’m not crying. I probably have onion dust in my eye or something.

F*ck yes we did. Shine bright, friends. Very grateful for @poptv and @cbc and their support on this campaign that my teenage self would never have dreamed to be true. ✌🏼❤️😘 pic.twitter.com/FeXqoE8WVv

Obviously this isn’t an everyday, office job kind of look, but it’s pretty fun for a Christmas party or probably more for a photo shoot. - (Allure)

Kate assures me THIS IS A BIG DEAL. I’ll have to take her word for it. - (People)

Popeyes likes to get in extra digs at Chick-fil-A. - (The Takeout)

I don’t know if they’re for sure the funniest Tweets and such, but I don’t think they’re memes? But they’re funny. Just click. - (RuinMyWeek)

Caitycat reads a lot of YA so she had expectations about where all the love triangles were going to go in Jennifer Dugan’s Hot Dog Girl. "I thought it would be the story of Elouise trying to get the boy while her lesbian friend also tried to find love in the background. The story ended up going in a different direction, and I really liked the change from what I expected." When has a book surprised you by not following the formula? (Cannonball Read 11) 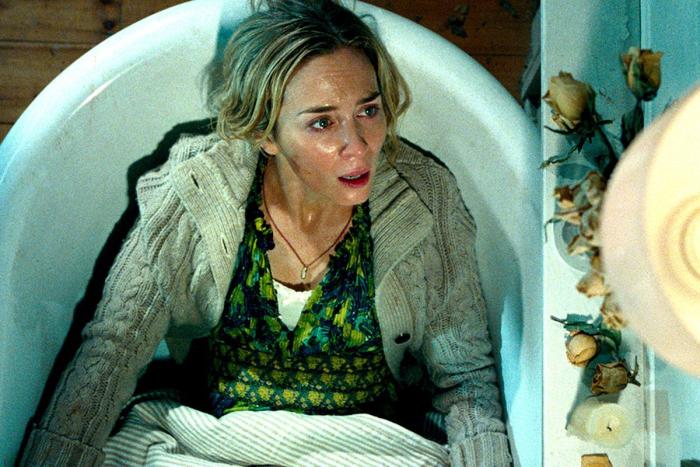 First Photo From 'A Quiet Place 2' Teases the Timeline