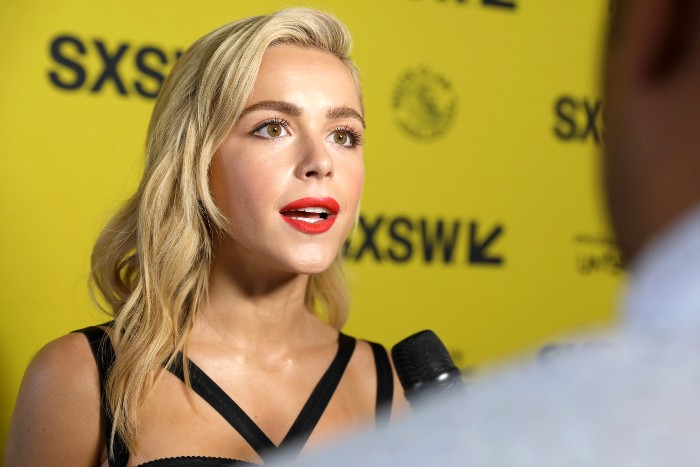 What in the Dane Cook is going on here? OK, that doesn’t really apply because Kiernan Shipka is 22, but you get my point. Anyway, has Sally Draper learned nothing from Taylor Swift, Jessica Simpson, Jennifer Aniston, and I swear Katy Perry was in there somewhere? This is not how you get back at your mom for marrying Henry Francis or your dad for being an adulterous weirdo who got away with everything because he was handsome as shit and had a hog that could choke a horse. (Daily Mail)

As Yellowstone Season 5 approaches, Sarah goes in on why the undoubtedly popular show never makes a dent at award time. (Lainey Gossip)

Tom Cruise and The Queen were BFFs. (Dlisted)

From Petr: I like to think this is the only thing that the entirety of the Italian scientific establishment has been working on for decades. (The Independent)

In a rare moment of self-doubt, James Cameron says he’ll stop the Avatar movies after the third film if The Way of Water underperforms. (Total Film)

Elon Musk will have to sell Tesla stock to fund Twitter unless the exodus of advertisers reverses soon. (Business Insider)

And speaking of Insider, Barstool Sports founder Dave Portnoy’s defamation suit over a sexual misconduct article got thrown out because he reportedly implicated himself in his own complaint. (Mediaite)

Imagine someone coming up to you and saying, “So, listen, we want your sickly body to play Captain America before he takes the super soldier serum.” That’s literally what happened to Jeremy Strong. (IndieWire)

The Art of The Lord of Rings: The Rings of Power. (Kotaku)

Star Wars: The Acolyte continues to look intriguing as hell as its cast gets even better. If this hits a sweet spot between Andor and The Mandalorian? Goddamn. (THR)

Netflix will butcher a live-action adaption of Gears of War now. (Polygon)

After reading Nart’s reviews, Dinah Lord picked up the first two books in Katee Robert’s Dark Olympus series. Though weak on the magic system, "the main characters are realistic and easy to like, and the developing relationships, sparked by initial attraction, develop and deepen over time." What’s your favorite book that you found through a review? (Cannonball Read 14)