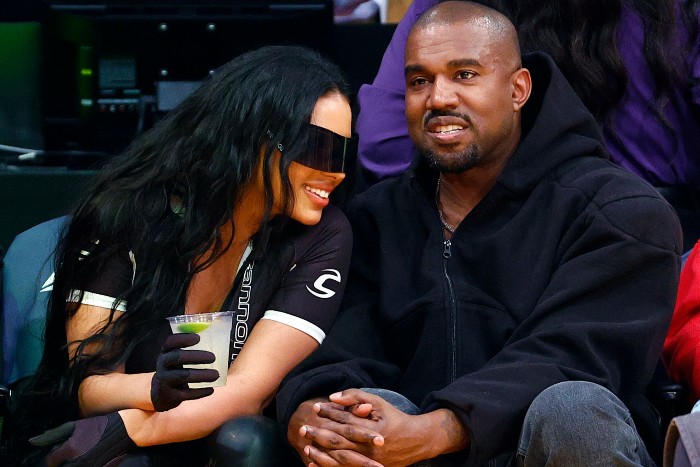 So, first things first, people really weren’t joking when they called Kanye West’s new girlfriend, Chaney Jones, a Kim Kardashian look-alike. Jesus. Anyway, in absolutely related news, Kanye has been barred from performing at the Grammys due to his “concerning online behavior,” which is putting it mildly. Very, very mildly. (Variety)

Beyoncé, Solange, and Miss Tina haven’t mentioned the biopic Mathew Knowles is producing about himself, which says a lot. (Lainey Gossip)

The lawsuits are flying in the Jussie Smollett saga. (Dlisted)

The Queen prefers to live in the present and “not wallow in nostalgia,” which is one way to describe not giving a f*ck about the horrible things the Royal Family has done. (Celebitchy)

Thinking about this constantly. pic.twitter.com/BgCLKil2iq

From Ciara: There’s a surprise sequel to the only delightful story of the last two years. (Slate)

Did you watch Deep Water on Hulu yet? Roxana has an explainer on what the hell is going on with all those snails. (Vulture)

From Kayleigh: BUY HER A CASTLE, ADRIEN! (LA Times)

From Claude: Disney demonstrated how much it speaks through its “diverse stories” by reportedly putting the kibosh on a gay kiss in the animated adaptation of Nimona. You know, before they axed it completely. (Gizmodo)

Give it up for this one man on a bike relentlessly trolling the entire trucker convoy. https://t.co/JNkjsvDiwq

Chuck Klosterman breaks down the futility of career advice for journalists. (Poynter)

Happy Women’s History Month! Esme enjoyed Edith Wharton’s fond evisceration of New York society in The Age of Innocence. "Wharton was a master at her craft so this novel is funny and full of moments of Fremdschämen on my part as Newland states the obvious or misses a very unsubtle reaction by one of his friends or family." Did you know Wharton was the first woman to win the Pulitzer Prize for Literature? (Cannonball Read 14)

Iconic. What a queen. pic.twitter.com/BZZlO2ucEQ