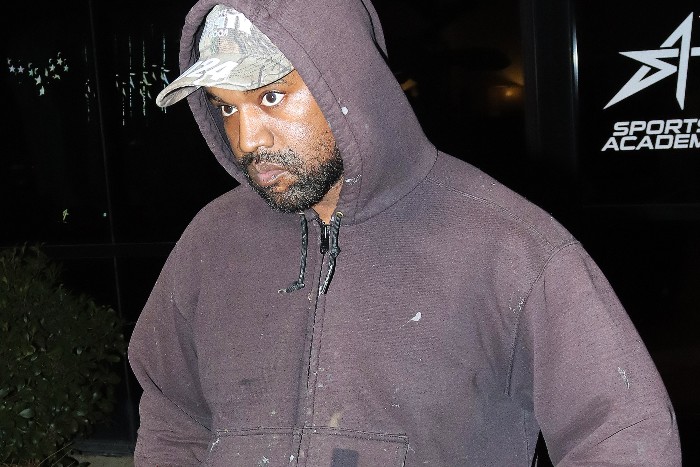 Kanye Got Kicked Out of Skechers HQ After Showing Up Uninvited

After getting dropped by Adidas, Kanye West thought it’d be a great idea to show up “unannounced and uninvited” to a Skechers building in Los Angeles, where he apparently thought the shoe company would greet him with open arms and a bucket of cash. Instead, executives bounced Kanye right out of the building and put out a statement condemning his “antisemitsm” and “hate speech.” Whoops. (CNN)

Angelina Jolie stopped by Zahara’s college and kept it super chill with no security. Just total mom visiting for the weekend vibes, and she even helped do a little campaigning for Stacey Abrams. (Lainey Gossip)

Megan Fox and Machine Gun Kelly did not break up. (Celebitchy)

Youre planning on what? pic.twitter.com/z3N8mPol47

Fox News reported on threats against election workers and conveniently left out who is making said threats. (Mediaite)

The Matthew Perry saga continues. This time with a tale of making out with Valerie Bertinelli while Eddie Van Halen was passed out next to them. (Rolling Stone)

From Seth: For those who love listening to Roxana’s voice, you get to hear more of it!

I have some very exciting news: I'm going to be covering THE WHITE LOTUS season 2 on @decodingtv with @roxana_hadadi, one of my favorite writers on the internet! I can't wait for y'all to hear her insights.

Sam Heughan hired an intimacy coordinator on Outlander after the production team tried to slip in a “cock shot” without his knowledge. (IndieWire)

Krisbholland’s friends knew exactly what to say to get her to read Wilder Girls by Rory Power. "You’ll love this, it reminds me so much of that show Yellowjackets that you won’t stop talking about." What are the comparisons that will make you pick up a book? (Cannonball Read 14)

From Tori: The final word on the Matthew Perry hates Keanu business, from an impeccable source:

The surest way to consign yourself to the dustbin of the 90's is to take potshots that no one has made since the 90's.