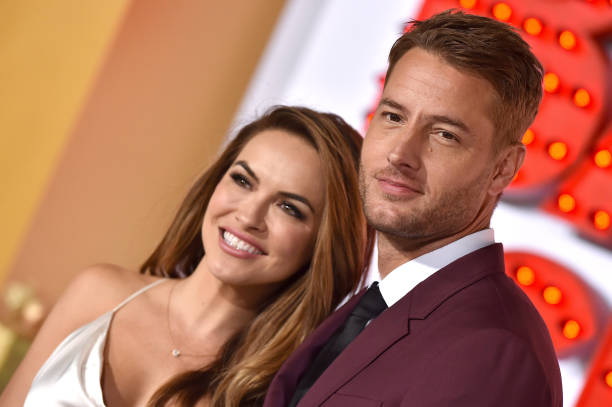 It’s like it’s the ’90s again and my inner angry and emotional 25-year-old self couldn’t be more stoked to go to this concert! - (Variety)

While I’m reminiscing about the ’90s, one time I was at the Great Greek for a birthday dinner and I ran into Laura Leighton in the bathroom. She was there with her boyfriend at the time, who’s now her husband, Doug Savant. They both look exactly the same as they did then. I do not. - (GFY)

I watched the last clip in this link and laughed like a goof! NSFW - (Lainey)

There’s a part of the Internet — a very popular part — where the divorce of Justin Hartley, the dude from This Is Us, produces near-daily headlines. I think it’s fascinating that people are interested in the private life of Justin Hartley because he seems like the most boringly predictable douchey white guy on the planet. Anyway, his “estranged wife” dropped a quote on Instagram today that is 1) pointed, and 2) suggests Justin Hartley is more interesting than he could possibly be, even in an asshole way. - (Just Jared)

People are the worst. - (Yahoo)

Two more women, who are not $cientologists (which could be very important), have gone to the LAPD and accused Danny Masterson of rape. - (Dlisted)

The UK Cosmopolitan Magazine, for the first time in its history, has a non-female cover model. - (Scary Mommy)

Melania went in the complete opposite direction than previous years with the White House Christmas decorations this year and …. dammit, I really like it. - (Town and Country)

Tuesday is #GivingTuesday, and Cannonball Read has been fortunate enough to receive a matching donation of up to $500! So if you’ve ever thought about kicking in some money towards their mission of sticking it to cancer, one book at a time, now’s the time. In addition to your donation being matched, you’d also get a chance in a drawing for a book prize pack of 18 books valued at over $350. Check out the list of books, and please consider donating. (Cannonball Read 11)

I hope everyone had a not too terrible Monday. Some of these should make you smile. - (Buzzfeed)

Dustins are pretty great, aren’t they?