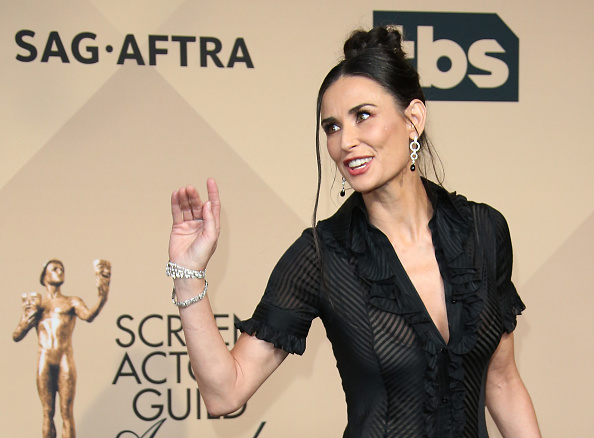 So many things about Natasha Lyonne remind me of my Great Aunt Hazel, and I don’t mean that in a bad way, and I feel like Natasha would totally get it if I told her that. The way she claps, though? Like a toddler. Just like a tiny baby toddler trying to figure out how hands work. So cute. - (Celebitchy)

Speaking of tiny babies, Gordon Ramsey’s son getting a haircut is the most delightful picture I’ve seen today. - (Lainey)

Okay, that was the most delightful thing I’ve seen today. Then I saw this kid. Ohman, this kid! This 4-year-old boy plays drums better than pretty much anything you do as an adult. And on top of all that, there’s some Lenny Kravitz goodness. It’s all basically perfect. - (Ellen)

In her book, Demi Moore apologized for taking Jon Cryer’s virginity. On Twitter, Jon Cryer suggested Demi Moore maybe should have done some fact checking, but in a nice, Jon Cryer way. (Page 6)

How was Joaquin Phoenix NOT prepared for questions about whether his Joker could inspire violence? Like, does he have zero people to prep him on press tour shit? - (Dlisted)

You know who is prepared? 97-year-old Norman Lear and Shonda Rhimes! On their own, they make shows we get sucked into. Together? Their upcoming anthology series for Netflix, Notes on Love, will be must-see. - (Shadow and Act)

I fully planned to link to a picture of Rita Ora, but then I saw this one of Kat Graham and her SLEEVES. And yes, I am yelling SLEEVES! - (GFY)

After consulting with Vatican exorcists, a Catholic school in Tennessee decided the spells in JK Rowlings’ Harry Potter series might be real and were concerned they might be used to summon evil. The books were banned from the school. CoffeeShopReader, who has taught Latin, explains why the grammar makes that claim ridiculous, concluding, "I would think that experts from the Vatican would be familiar enough with Latin to realize this." If the spells in Harry Potter worked, which ones would you use?  (Cannonball Read 11)