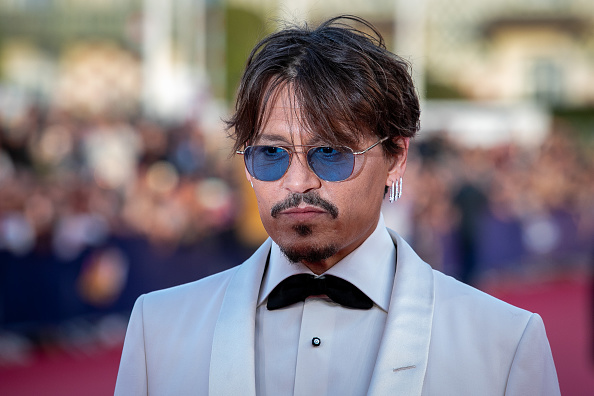 Busy Phillips striking a pose in front of Yum Yum Donuts makes my heart smile today. I’ll say it again, I may be the only one, but dammit, I miss her show! I also miss Yum Yum Donuts. - (Lainey)

Oooooh, *glittery heart eyes* Mary Berry and Ducherincess Kate will do a holiday cooking special together! Oh, please let it air in the US too! We need some scrummyness on this side of the pond. Thanks for sharing this, Bea Pants!- (Food and Wine)

I don’t even know why toilet paper is on Goop’s Holiday Gift Guide, but it is. I’m trying to picture any of my friends or family unwrapping toilet paper on Christmas and then I’m trying to imagine them saying “thanks” without sounding sarcastic. - (Dlisted)

Yes, we could talk about the incredible couture gown that Michelle Obama is wearing, but really, I’m loving the picture of Michelle and Lin-Manuel Miranda together — they’re like actual sunshine in people suits! - (Vogue)

“Each time you leave me I start losing control. You’re walking away with my heart and my soul. I can feel you even when I’m alone. Oh, baby, don’t let go. You’re the best, better than all the rest.” - (TVGuide)

Have you met Jill the Squirrel? She’s been around the internet since 2015 but this is the first time I’ve seen her adorable squirrely face. - (BP)

Roxana contributed to The A.V. Club’s Best Movies of the Decade list. And yes, she yelled about Mudbound. - (AVC)

I need all of these books.

Last night I was reading about 60s gay pulp novels inspired by the Man from UNCLE and I’m still not over these covers pic.twitter.com/TbPlFPn26Z

56-year-old Johnny Depp had apparently been dating a 24-year-old Russian go-go dancer for the last seven months, but she has broken it off, because she doesn’t like the attention that goes along with being Johnny Depp’s girlfriend. Also, probably because Johnny Depp smells like a sewer made love to a hobo’s undercarriage.- (Dlisted)

I mean, I didn’t want him before but I definitely don’t want him now and I don’t even smoke weed. - (The Root)

Nora Roberts is a prolific writer and has generally been regarded as one of the reigning queens of romance for decades. Classic has found her romantic suspense novels too often veer too much in the romance or suspense direction. Her new book, Under Currents, gets the tone just right though. "The writing really works and though the book moves slow at times, I thought the overall flow was good." Do you have a favorite Nora Roberts book? (Cannonball Read 11)

← That Meme You Love, the Woman Screaming at the Cat, Has an Abusive Past | Nothing About Donald Trump's Hospital Visit Adds Up →