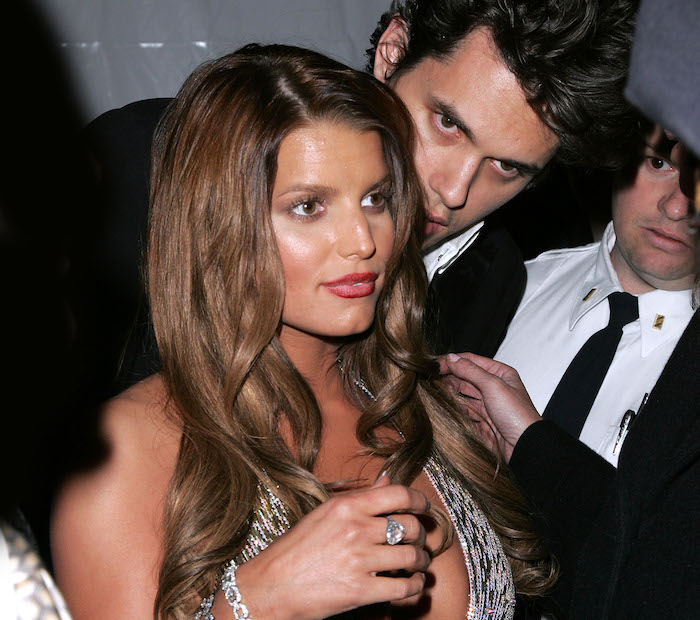 I’ve always felt like Jessica Simpson was a nice lady who might be a bit goofy but has a good heart. I’m sorry to hear she was going through such a hard time but glad to hear she’s doing much better. Also? Every now and then I remember that Tracee Ellis Ross is her (sister’s) sister-in-law and my mind is blown every time. - (Celebitchy)

And as for her ex-boyfriend calling her sexual napalm? Yeah, she wasn’t crazy about that. (JustJared)

Get ready to see Jon Stewart on late night again. (Sorry, I can’t get your hopes up like that; it’s not what you think.) - (VF)

Beef jerky or bacon roses for Valentine’s Day? If my husband wasn’t vegan, I might be tempted to send him one of these. Now, however, I’m tempted to send one to myself. - (Best Products)

Hold up: Butter on hard-boiled eggs? Could this be eggstraordinary extraordinary? - (Lifehacker)

James always shares the best stuff on Facebook. I should start paying him for such good content… (Tumblr)

Ok, well every time I think Florida can’t possibly get more Florida, it goes and gets even more Florida-er. In conclusion: Florida. - (Dlisted)

/insert Nelson laugh/ Ha HA! Remember when that asshole from Barstool Sports, David Portnoy, threatened on Twitter to fire anyone on his staff who attempted to contact a union organizer? The National Labor Relations Board said, “Bzzzt, wrong answer!” - (The Verge)

This woman’s dog-sitting instructions she left for her sister are more detailed than the training I got for my last job. - (BP)

Kayleigh was interviewed by the Chicago Tribune about her petition to have the Academy take action on their lack of support for women directors! - (Chicago Trib)

Kate shared this and I have to agree, “Honestly, I would prefer they ban all other people and let me just fly with dogs and miniature ponies.” - (Rollcall)

Long_Pig_Taylor highly recommends the audiobook version of Theodora Goss’ The Strange Case of the Alchemist’s Daughter. "If I tell you someone wrote a genderswapped League of Extraordinary Gentlemen, I’d be selling this book extremely short." What fun book have you read this year? (Cannonball Read 12)

← Dr. Oz Better Watch His Back. Mark Wahlberg is Coming For Him Over Breakfast | Did Kent State Gun Girl Poop Herself at a Party? →