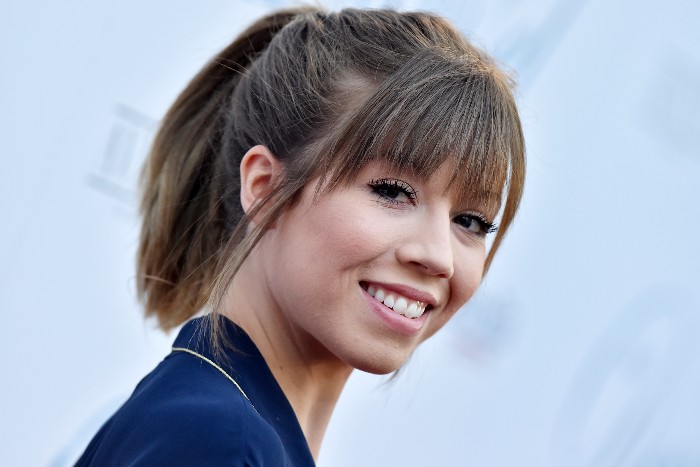 In a sign that people are still very interested in hearing about the sordid inner-workings of Nickelodeon during the iCarly and Sam & Cat heyday, Jennette McCurdy’s memoir, I’m Glad My Mom Died, has already sold out just one day after its release. It probably doesn’t hurt that she has dirt to spill on Ariana Grande and a certain “Creator” who’s presumed to be infamous Nickelodeon producer Dan Schneider. (Rolling Stone)

According to Aaron Taylor-Johnson, Brad Pitt has a sh-t list that Harvey Weinstein isn’t on but Tom Cruise might be. Wait, what? (Lainey Gossip)

My fellow Pajibans have done such a damn good job tossing me Twitter embeds for this week’s P-Love that I actually started to build up a surplus of my own bookmarked tweets. So tonight I’m just going to dump them all here for your enjoyment, and again, thank my co-workers for always giving me an embarrassment of riches. Heart you, boos.

P.S. Yes, two of these are about Prey because it freaking slaps.

Dane DiLiegro was a 6 foot 8½ inch basketball player living in Los Angeles looking to make a career change. A stunt coordinator told him he should be in monster movies. Now he’s the biggest Predator on television. https://t.co/abqxlCFNYy pic.twitter.com/xDVpkcgRSh

Easily the greatest paragraph in the history of the English language pic.twitter.com/cPcPKx3KUd

I personally would not come on here and reveal that Predator was too smart of a film for me https://t.co/uSPqxlDWnX

Welp, Hulu and Disney+ are about to get more expensive. (CNBC)

George R.R. Martin really, really, really cannot make it clear enough that he had nothing to do with the final seasons of Game of Thrones. (IndieWire)

The New Little Mermaid: How Halle Bailey found her voice and defied haters by creating her own Ariel. (Variety)

Kittenkong42 fell into a review writing slump this year, but she decided to try to bust it with her reread of childhood favorite, Raymond E. Feist’s D&D-inspired Riftwar Saga trilogy. "This first trilogy for me is still the best in the entire series, in the middle there are a few books that wander but these 3 tell a tightly controlled story with a strong narrative." Do you have a favorite book inspired by Dungeons and Dragons? (Cannonball Read 14)

This is peak bookshop pic.twitter.com/2GsuIWbia8