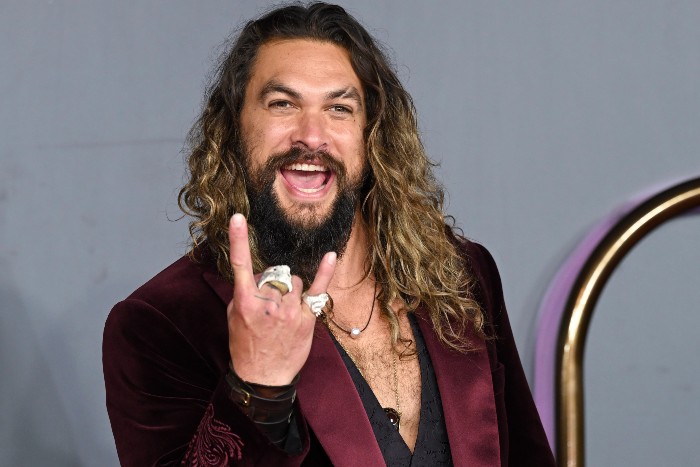 Barely a month after their relationship went public, Jason Momoa and Eiza González have reportedly called it quits because “they’re very different people.” Namely, she wants a long-term relationship, and he’s all about “spreading love.” Read into that and what it may say about his split from Lisa Bonet however you choose. (People)

Jay-Z and Blue Ivy Carter go viral on Twitter for relatable moment of “teen contempt” at the Warriors and Celtics game. (Lainey Gossip)

Britney Spears and Sam Asghari have an “iron-clad” pre-nup. (Dlisted)

And speaking of, Paris Hilton wants everyone to know how much she sacrificed attending Britney’s wedding. A true paragon of selflessness. (Celebitchy)

this father's day-themed goop interview where gwyneth and famously estranged father of 4 brad pitt talk about his new cashmere line "God's True Cashmere" that came to his business partner in a psychic vision is better than the jade egg or the vagina candle https://t.co/Hwqrr6a0Ix

From Dustin: You don’t have to be an Apple TV+ subscriber to sample the summer’s best show, For All Mankind. The streamer is so confident you will get hooked that the first season is available for free without a subscription. (The Verge)

A tone-deaf Squid Game reality show is in development. (Gizmodo)

I’m just gonna go ahead and call this sweet vindication for my Book of Boba Fett recaps that everyone got really mad about.

Temuera Morrison recently told ET that he thinks “it’s time to get [Boba Fett] back to his badass ways. No two ways around that. We’ve got to see the old Boba Fett.” pic.twitter.com/CA6iGeLgM5

Bernie Sanders won’t run in 2024 if Biden does, so hopefully, that puts a nail in that coffin. (Mediaite)

Letting Kim Kardashian wear Marilyn Monroe’s actual dress is apparently supremely predictable results. At this time, I’m going to ask that you respect my privacy as I struggle to not make jokes about butt injections. Excuse me… (Jezebel)

Mazel tov to Junior Cannonballer Bibliophile on her Bat Mitzvah! As part of her community service project, she read and reviewed 26 books as a contribution to Cannonball Read’s mission to stick it to cancer. Alice Hoffman’s Nightbird had almost everything she likes in a book: "curses, friendship, blood moons, pie, animals." Check out Bibliophile’s reviews for more MG/YA titles. What do you like to see in a book? (Cannonball Read 14)

Just waiting on the next train to Cowdenbeef…

The CCTV team providing the goods this evening!

P.S is that not the cutest cow you've ever seen?😅🐮^Megan pic.twitter.com/eBP5XrEp0O

← Netflix Is a Joke Is a ... Joke | Stephen Colbert Remembers A Time When The President Could Get In Trouble For Corruption →