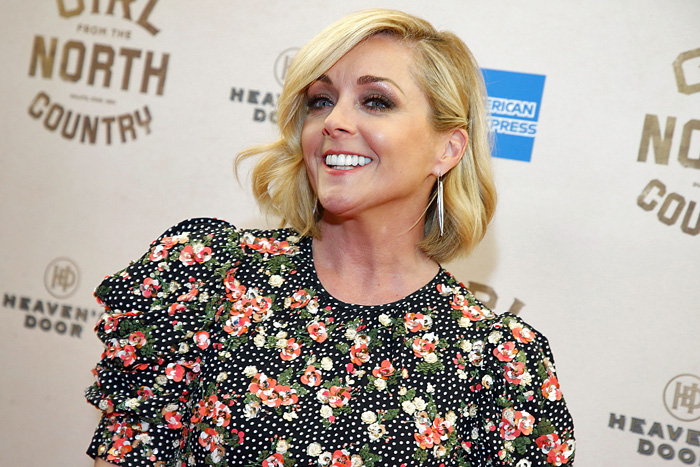 Thanks to the Daily Mail, which should’ve been a huge red flag, Jane Krakowski spent the better part of today being romantically linked to the MyPillow Guy. And I’m not gonna lie, I enjoyed the crazy randomness of it. Guilty. However, she’s since issued a denial, and her publicist deserves a raise for this one. Seriously, did Tina Fey write this? (Daily Beast)

The Armie Hammer is a gross, abusive weirdo stories have not stopped pouring in. Thank you for asking. (Dlisted)

Maybe it had something to do with the fact that she didn’t scream obvious lies at them like an idiotic toddler? https://t.co/WzACN1OgiT

Hasn’t Alec Baldwin threatened to quit Twitter like 20 times by now? Your wife used a fake accent and got rightly dragged for it. Suck it up. (Celebitchy)

Jesus Christ, what is it with Michigan lately? (The Root)

I’ve had this absolutely perfect quote in my pocket for a while, and today seems like a good day to use it. No reason in particular.

“why doesn’t government work at the speed of twitter?” is a question that should cause your fist to punch your own nose any time you ask it.

Apparently, Bill and Ted writer Ed Solomon found himself accused of being the Night Stalker serial killer for a hot minute. (Ed Solomon)

Chrissy Stroop: “Where were the January 6 insurrectionists radicalized? We must not neglect conservative Christian churches, schools, and homeschooling in addressing that question or we’ll never be able to craft effective counter-radicalization policies.” (Religion Dispatches)

Welp, No Time to Die has been delayed to October. If you had plans to see Black Widow in theaters this May, you might want to cancel them. (Variety)

Chelz.hawk, new to Cannonball Read this year, was drawn to the Jazz Age conman story in Alex Palmer’s The Santa Claus Man. "The irony is that while taking pains to make sure the letter writers were not running a scam, no one noticed the Santa Claus Man himself was the true con artist." Do you prefer reading about real life grifters or fictional? (Cannonball Read 13)

← 5 Shows After Dark: 'The Stand' on CBSAA, 'Walker' Premiere The CW | Hollywood Studios Reschedule After Guidance From Anthony Fauci →