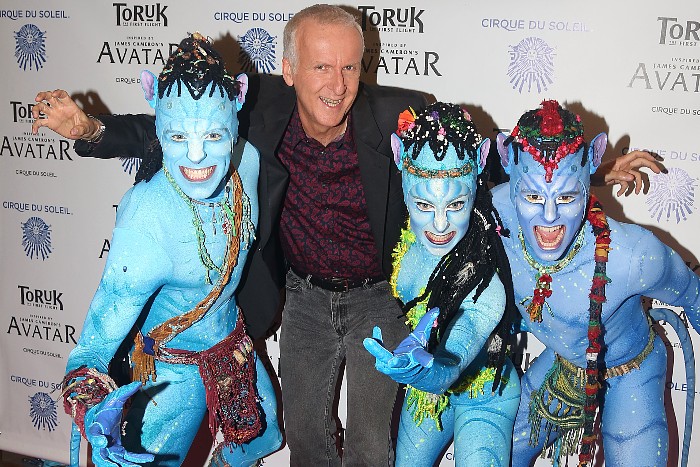 It’s been so long since the first Avatar movie came out that I’d genuinely forgotten how big of an ego James Cameron is packing. Just check out this quote about how the concept for the franchise came to him in a dream. “I have my own private streaming service that’s better than any of that shit out there. And it runs every night for free.” Wow, goddamn, and there’s way more where that came from. Also, he’s vegan now, so the dude’s like 80 times worse than you remember. It’s great. (GQ)

Is Taylor Swift going to buck Ticketmaster and bring her ticket sales in house? It sure sounds like it. (Lainey Gossip)

Julia Fox only dated Kanye West so he’d leave Kim Kardashian alone, you guys. It wasn’t for the clout, lol, who does that? (Dlisted)

Marvel’s Blade has a new director and a new script, which seemingly confirms reports that Mahershala Ali was not thrilled with what he was seeing. (Polygon)

The Daily Wire is going to try and make a right-wing Game of Thrones with some weird Christian King Arthur books. Good luck with that. (Deadline)

Trevor Noah opens up about his decision to leave The Daily Show and why he didn’t tell anyone until the second he announced it. (THR)

Greta Gerwig teases that people have only seen the tip of the iceberg of Ryan Gosling’s Ken outfits. (Variety)

GentleRain really appreciated Bob Mortimer’s advice in his autobiography And Away… "If you are a shy one, then please try not to settle for living in your isolation cage… Take a chance, get involved and slowly the cage will open." Have you found life-changing advice in a book? (Cannonball Read 14)

The dude who took down the Colorado shooter owns a brewery.

His wife is the brewmaster.


← 'The Walking Dead' Is Over. Here's Who Dies and How It Ends | Todd and Julie Chrisley Found Out the Hard Way Not to Mess with the IRS →