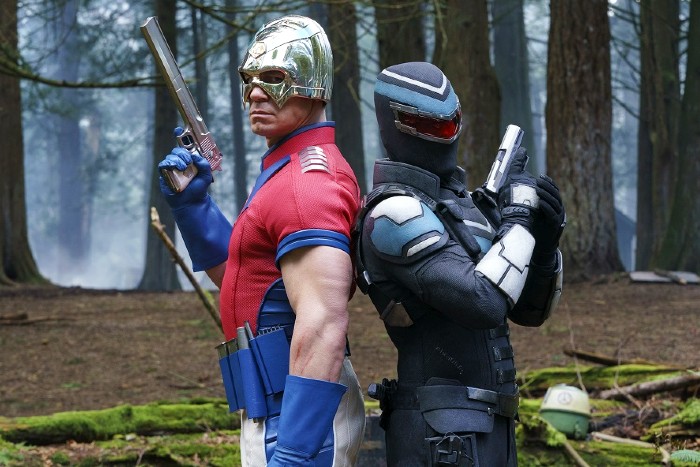 With all the f*ckery spilling out about HBO Max following the shelving of Batgirl, James Gunn took to Twitter to assure everybody that Peacemaker Season 2 is safe. He even tweeted a photo from the set. Although, in fairness, there were also set photos from Batgirl, so not calming me down here, James! (Variety)

Ioan Gruffud got a three-year restraining order from his ex. Probably smart. (Dlisted)

Monica Lewinsky would like Beyoncé to change lyrics, too, please. (Celebitchy)

Lala Kent is probably hooking up with her ex’s arch-nemesis: 50 Cent. (TMZ)

Sony threatens us all with a release date for Chris Pratt’s Garfield. (Deadline)

Dev Patel is out here stopping knife fights. (The Wrap)

Why the hell would The View bring back Elisabeth Hasselbeck? (Yahoo!)

NEW: I wrote about the world of paid podcast appearances, or what some consider podcast payola. Guests are paying hosts up to $50K for an interview, and the disclosures around that exchange aren’t always clear or even existent https://t.co/HrNbkYC5YH

The other day I dogged Vulture’s reporting on how Marvel treats VFX studios because, like most things online, it reduced the problem to one singular, easy target that will play well on Twitter. So here’s Drew Magary with a surprisingly in-depth and nuanced look at Hollywood’s worsening and widespread VFX problem. (Defector)

Coincidentally, a few hours later, Tatiana Maslany went to bat for the CGI artists on She-Hulk and pointed out the insane deadlines that they’re under. (Polygon)

Teresaelectro recommends the Black Stars anthology, especially on audiobook. Her favorite was C. T. Rwizi’s These Alien Skies. "Humans want to see the stars, but what if there was someone already there when you ‘discover’ a new land?" Have you found a new author you want to read? (Cannonball Read 14)

From Andrew: Cackling at this (and the others in the thread):

My face is full of tears!! the way he says her name sends meeeee pic.twitter.com/ILjfiOnUnO

← 5 Shows After Dark: 'Reservation Dogs' Season 2 on FX on Hulu, 'The Green Planet' First Season Finale | The 'Banshees of Inisherin' Trailer Reunites the 'In Bruges' Team, and That's All We Needed to Hear →