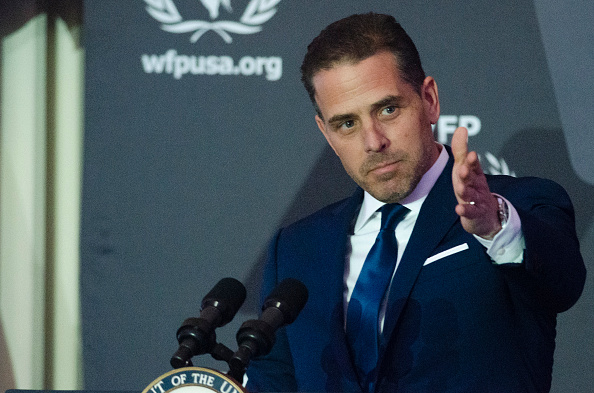 Hunter Biden is Messy. Messy and a New Daddy

Prince Andrew’s interview EXTRAVAGANZA didn’t magically clear up everything and make everybody love ol’ Randy Andy again— huh, weird, I know. Who could have guessed? So now Andrew’s going to “step back” from his “Royal Duties,” whatever those were, and try to just wait things out quietly. Or he might do a second interview. *fingers crossed* - (Dlisted)

Hunter Biden is messy. Messy and a new daddy. - (Jezebel)

Kristen Bell and Idina Menzel got their stars on the Hollywood Walk of Fame. Mose got dressed up in his finest duds to be there with Kristen. (That’s a The Office reference) - (GFY)

Once again, a Black church is the target of a violent attack. What’s different this time is the would-be perpetrator is a teenage girl, the weapon of choice is knives, and she was, thankfully, arrested before doing any physical harm. - (The Root)

Martha kills um, slays me, um, cracks me up!

This Thanksgiving, cut through the tension (and turkey) with the @MarthaStewart approved #KnivesOut Knives - they’re to die for. 🔪 pic.twitter.com/HfIHOAODBd

Homeland Security might have raided the Duggar family’s Arkansas compound — depends who you ask. - (Celebitchy)

Probably common knowledge, but just in case: If you’re working with smallpox-related virus and needles, maybe get the vaccination just in case.- (IFL Science)

Leedock found poet Ocean Vuong’s debut novel to be so lyrical and outside of her experience, it was hard to review. The fictionalized autobiography is told in a "letter" to the author’s mother. "The book seems propelled only by the urgent need of a son to reveal himself to his mother and for her to understand who he is." What do you wish your parents understood about you? (Cannonball Read 11)