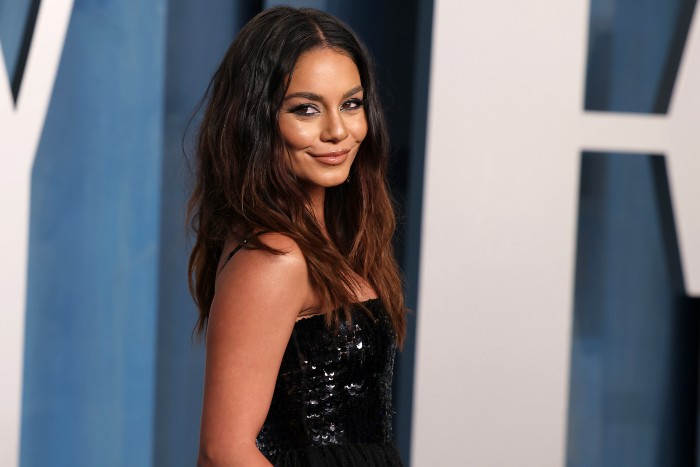 Vanessa Hudgens stopped by The Kelly Clarkson Show where she proceeded to reveal dead seriously that, since childhood, she’s had an ability to see and hear ghosts, but has been afraid to use her “gift.” — Until now. (US Weekly)

Oscar Isaac is the ideal “Daddy,” and he doesn’t mind if you call him that. (Lainey Gossip)

Lindsay Lohan had to be talked out of playing Regina George in Mean Girls, which apparently was the role she really wanted. (Vulture)

Yesterday, (the day after Heath's birthday ) I found all my old Night's Tale photos. Thought they were lost forever. pic.twitter.com/A87GGKfccX

LOLing at Marky Mark's ugly tacky fucking mega-mansion that he's asking 90 million dollars for. The "two story library" with what appears to be ten books in it really is the cherry on the shit sundae. Money can't buy taste, kiddos https://t.co/xV0yqloxJl

This just happened, and maybe this is where it all ends:
Got an elevator with 3 people.
One guy (with his wife), sarcastically: “anyone ever tell you you…” and stops.
Me (amused): yes, but you’re the first today.
His wife: “I’m sorry, I tried to stop him from doing the joke”

When she starts crying, I start crying. She's articulating something very personal here, and very familiar, too. We all wish it: to be seen as something more than the one or two default molds you stick us into when you look at us. https://t.co/E9j1oxIdX4

Idris Elba confirms that, yes, he really was Dave Chappelle’s weed dealer before making it big on The Wire. (EW)

The other day I said Bill Maher had the worst Will Smith/Chris Rock take, but Ricky Gervais’ equally smug and unfunny ass maybe have topped him. (Variety)

On the complete opposite end of that spectrum, Dolly Parton continues to be just the absolute best. People throw out the term “National Treasure” a lot these days, but Dolly is the only person who truly deserves it. (AV Club)

Has an author made you mad because they made you like something you normally hate? LB is not a fan of mafia romances, but Katrina Jackson’s series, The Family, is the exception to their rule. "I highly recommend [The Don] if you want some fun and a bit of bonkers violence in a super sexy and loving book." (Cannonball Read 14)

The best part of hosting Jeopardy!—and it’s not even particularly close—is the mail from kids. pic.twitter.com/0NPudrrSjY