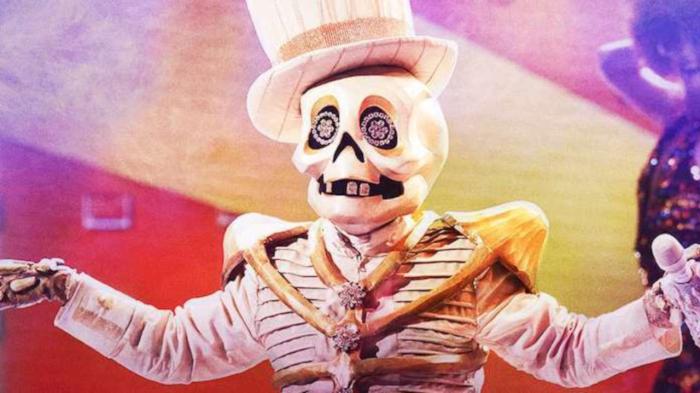 Screw It: Here's Who Has Been Unmasked So Far on 'The Masked Singer'

A scientific study, that clearly didn’t include Charlize Theron or Michelle Pfeiffer, claims that Bella Hadid’s face is the most beautiful in the world. - (Dlisted)

Roxana shared this in our Slack, “this interview with Jason Momoa is fairly adorable.” On self-doubt: “If someone says something isn’t possible, I’m like, ‘Listen here, I married Lisa Bonet. Anything is fucking possible.’” - (T&L)

If you do not watch The Masked Singer but are curious about the caliber of celebrity this year, here are the five people who have been unmasked, so far: Dr. Drew Pinsky, boxing champion Laila Ali, Olympic figure skater Johnny Weir, gaming YouTuber Tyler “Ninja” Blevins, and — this week — Paul Shaffer, Letterman’s old bandleader (what are you doing, Shaffer?).

Kristy shared this, “Before he was one of the hottest directors on the planet, Taika Waititi was a stripper. On a TV show. Shut up. It counts.” - (MNPP)

Did you know that Elton John and Rod Stewart had a decades-long friendship that involved pulling practical jokes on each other? I did not. - (Vulture)

This is a terrifying statistic and so heartbreaking. - (The Root)

*sigh* If only more people (not naming any namesTRUMP) could embody even a smidge of the kindness and goodness that President and Rosalynn Carter possess. - (Celebitchy)

This is goddamn horrifying and sickening. CW: sexual assault - (The Cut)

My husband is a vegan and… his foods… well, they don’t look like these. - (BP)

Oh, ok, so I guess there’s not a Nicki Minaj and Adele collaboration coming up. Maybe? Stop playing with my feelings, Nicki!- (Distractify)

I feel like this should go without saying but apparently not: Hey! Don’t put toothpaste on your vagina OR your penis. Ok? Good talk. - (IFL Science)

Narfna highly recommends Casey McQuiston’s Red, White and Royal Blue. This smart and funny book about the son of an American president falling in love with a British prince beautifully combined dick jokes with high art. "In my experience, a liking for the profane does not preclude a liking of the erudite, and you so rarely get a story that can really do both." What is the most delightfully surprising book you’ve read this year? (Cannonball Read 11)

← Why Does Rachel True Keep Getting Left out of 'The Craft' Reunions? | Pam and Jim from 'The Office' would be Divorced by Now, Says Chrissy Teigen →