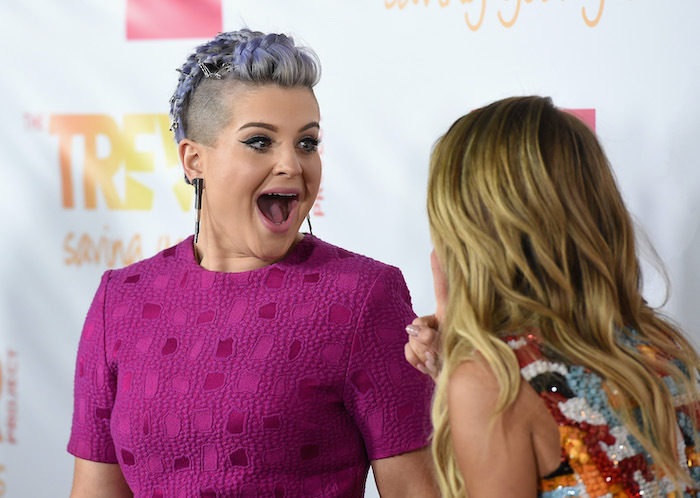 Here Are the Identities of All the S2 ‘The Masked Singer’ Celebrities, Including the Winner

I have never identified more with Chrissy Teigen. GIRL. I FEEL YOU. - (Lainey)

Ok, all of those people on YouTube are whatever, but do any of them have a Pixie? I have a Pixie - why am I not a millionaire? THIS SUCKS! - (Dlisted)

The convergence of lucky moments that happened to make this story so great and happy is truly fascinating. We have a homeless and malnourished dog, a wintery rainstorm, a kind stranger, and a second kind stranger. It’s a holiday heartwarmer. - (The Dodo)

The Royals all headed to Granny Liz’s for Christmas (I guess they don’t have calendars in the Royal Family?) and Prince Louis has grown up so much! He’s such a little toddler already. - (GFY)

The Far Side is officially on the internet - this is NOT a drill! - (The Far Side)

You may have seen this already, but for those who haven’t: Whoa! Could it be that alien sightings are really baby owls? - (IFL Science)

I like every word in this headline. Target. Hot. Cocoa. Chocolate. Bombs. Marshmallows. - (House Beautiful)

As someone who smoked cigarettes from age 13 to 36, I don’t know if it’s fair for me to have the opinion that the smoking age should be raised to 21. Also, I don’t think you should be able to be in the military but not old enough to smoke - that doesn’t seem right. But also, same goes for drinking. If you can fight for our country, you should also be able to have a drink. So should the drinking age be lowered or the military age requirement be higher? Yeah, I don’t know. This is a thinker and way above my pay grade. - (Celebitchy)

Shadow and Act has the exclusive first look at the teaser-trailer for Ava Duvernay’s anthology drama Cherish the Day. - (Shadow and Act)

Did you all see Martha Stewart teach Queer Eye’s Antoni about proper attribution? Martha knows about branding. She didn’t get to where she is without learning proper name-dropping etiquette. - (Scary Mommy)

This is definitely not the Muppets Christmas Carol! - (SlashFilm)

Trust Exercise by Susan Choi transported andtheIToldYouSos back to her all too recent past as a Theater Kid, and she still loved it. "Trust Exercise punched me in the gut, kicked me while I was down, and still I could not leave it alone." What book would you recommend that hit your feelings hard? (Cannonball Read 11)

← Can We Please Stop Bitching About The Last Jedi? | Donald Trump is Furious About Being Impeached →