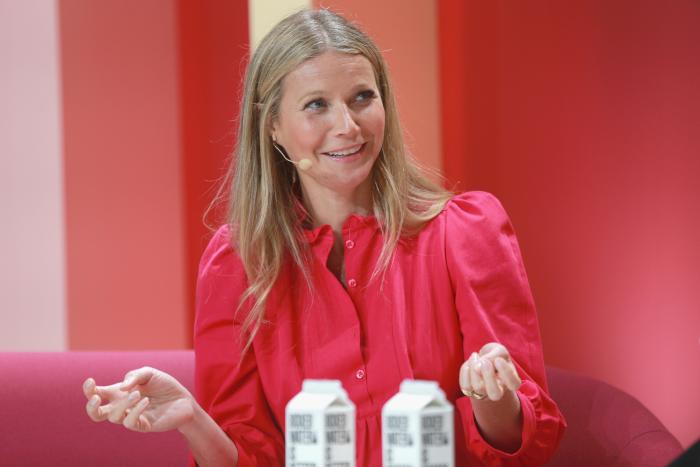 Listen up, because I really need y’all not to put words in my mouth: I love Parks and Rec. LOVE IT. It’s amazing, it gives me comfort, and if I could, I would hug it. But for the love of God, we must stop romanticizing TV shows and movies. They are not real life. They are not how real life works. They are not how real life is ever going to work. Let’s just watch these shows, enjoy them, but keep that entertainment and real-world line clear, ya hear? (West Wing fans, I’m looking at you as well.) (Dissent Magazine)

Gwyneth Paltrow thinks her critics are just jealous of her beauty and wealth. (Celebitchy)

How Kinfolk Magazine Defined the Millennial Aesthetic…and Unraveled Behind the Scenes. (VF)

Anyone else fascinated by how Prince William seems to be obsessed with his social media standing? I mean, we definitely agree that he was buying Instagram followers to keep up with the popularity of the House Sussex Instagram account, yes? Well, now he hired a new social media manager…a guy who used to work for his brother and Meghan. Down the rabbit hole, my dears. (Lainey Gossip)

We HAVE to discuss Drake’s monstrosity of a house. These photos are like a stroke for the eyes. My god why. The comments over on Instagram are fire, as the kids say. (Architectural Digest)

Zach Braff and Donald Faison are hosting a Scrubs rewatch podcast, and our friend Brian Grubb got to interview them about it, specifically the Turk Dance! (Uproxx)

Wait. Hold up. Angelina Jolie And Brat Pitt’s kids go to COLLEGE? What even is time? (Dlisted)

The Hate Store: Amazon’s Self-Publishing Arm Is a Haven for White Supremacists. The company gives extremists and neo-Nazis banned from other platforms unprecedented access to a mainstream audience — and even promotes their books. (ProPublica)

Renée Bach went to Uganda to save children—but many in her care died. Was she responsible? (The New Yorker)

Kristy dug into the emerging trend of virtual movie nights, and how you can DIY one for your friends. (Engadget)

“None of this means you will get what you want, in politics or in life: Mr. Sanders did not win, after all. But he never lied, and he never pretended to like what is so clearly detestable or attempted to persuade any one of us that we ought to like it either. He was right to the end, and he refused to reconcile himself to the forces that eventually overtook him. It is hard to see him go. But there is at least some dignity in it.” ❤️✊ (NYT)

Merryn discovered James S. A. Corey’s The Expanse series through the tv show. She appreciates that the series sticks to the shape of the story, "a major difference between Cibola Burn and season 4 was the book’s tight focus on the story of Ilus/New Terra while TV bounces us around between the additional locations of Earth, Mars, Medina Station and places in between to make sure all of the excellent cast has something meaningful to do." Have you read the books as you have watched the show? (Cannonball Read 12)

Enough said 😜🧼🧼🌸🌸🌸🌸 and thank you to all of the healthcare workers tirelessly working to keep us safe during this time !!!! #WorldHealthDay #ThanksHealthHeroes

← 'Tiger King' Sequel: Joe Exotic's Campaign of Misogyny Against Carole Baskin Continues | It Is Not Your Fault →