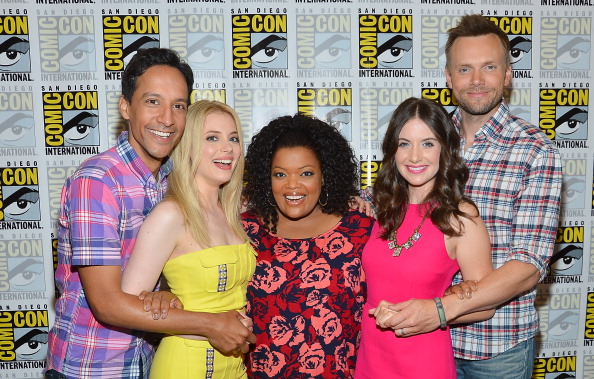 'Frasier' Reboot in the Works, 'The Soup' Is Coming Back, and 'Community' and 'Party Down' Revivals Are Possible

The Met Gala has announced their theme for 2020 - (Lainey)

There are a lot of different lewks at the Frozen 2 premiere, some good, some not quite so good. However, I love that Selena Gomez came with her little sister and they dressed alike. Adorbs. - (GFY)

As a child-free couple, reading this sounds like glitter is up there with drugs. Like, if kids are not allowed glitter at home, they’re gonna’ get their glitter fix somewhere. - (Celebitchy)

In case you forgot what a giant whiny baby Devin Nunes is. - (TMS)

Kelsey Grammar says they’ve hatched the idea for another season of Fraiser, E!’s Soup is coming back next year with host Jade Catta Preta, the cast of Community said they’d come back for a movie if Dan Harmon wrote it, and Rob Thomas is teasing a revival of Party Down. Everyhing old is new again.

Our Kate found this video mesmerizing. I’m envious. I could use some dusting help. My cats are worthless at housework.

Some wild stuff going down on Kate Beckinsale’s Instagram feed this weekend. pic.twitter.com/xqhf36cZy4

Pat Sajak is off having surgery and finally, after 35 years, it’s Vanna’s time to shine on Wheel of Fortune! - (Dlisted)

There are so many fucked up things in this story, I don’t even know where to start or what to highlight. It’s all bad. - (The Root)

Roxana wanted to make some corny “immigrants, they get the tailgating job done!” but thought that was too embarrassing. I included it here anyway. Corniness notwithstanding, this story is very good. - (NYT)

Is there a connection between menopause and Alzheimer’s - (The Atlantic)

Jake wishes there were more than three of Maggie Estep’s Ruby Murphy mysteries. "Maggie Estep lived a fascinating life. Novelist, poet, MTV correspondent. I think it would have been quite something to have known her when she was alive." Gargantuan, the second book in the series, took him into the New York City racing world and to parts of the city not often featured in books. What book has taken you on a tour of a city with which you were unfamiliar? (Cannonball Read 11)

← 5 Shows After Dark: 'Dublin Murders' Premiere Starz, 'Shameless' 10th Season Premiere Showtime | Does John Bolton Want to Be the Nail on the Coffin of Trump's Presidency? →