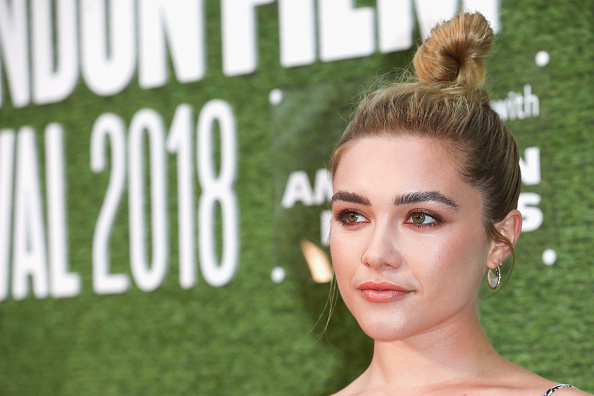 Probably to distract the country from giving themselves UV light enemas and Clorox injections, the Pentagon has released and declassified UFO videos. This timeline is so bizarre. - (Dlisted)

Pentagon: So…don’t freak out but UFOs are real.
Us, having dealt with 2020 thus far: pic.twitter.com/WTAf6HhXxF

The film industry is adapting due to the pandemic and film festivals are adapting too. - (Celebitchy)

The fashion industry and fashion week(s) may be adapting too. - (Lainey)

Trader Joe’s, on the other hand, while adapting to the new safety requirements for shopping in their stores will not adapt for online shopping. - (The Takeout)

There won’t be the standard Met Gala this year, but you can actually be a part of the modified Met Gala. - (The Root)

Do you want to know the details behind Drake’s $390,000 mattress or would you rather just vomit? - (VICE)

Dr. Sam Beckett should be the only authorized time traveler. No one else really gets the whole “put right what once went wrong” thing. - (McSweeney’s)

The one Hadid girl that I never recognize, Gigi, is pregnant with Zayn Malik’s baby. Yay for them, I guess?! - (Just Jared)

Sometimes we just need something sweet and kind. - (BP)

Speaking of sweet and kind, I find myself really looking forward to Michelle Obama’s upcoming Netflix documentary. I feel like she’s the kind of calming presence we need right now. - (TV)

If you haven’t been following January Jones on Instagram during the quarantine, you are missing a real treat. Here’s the latest:

I’m sorry to my family, I know I promised never to dance in public again but I wasn’t sure if this would count so.. #stressrelief

Florence Pugh, who is quarantining with her boyfriend Zach Braff, is also showing off her, uh, quirky side on Instagram stories.

This couple lives on the other side of the Canadian/US border from each other. Their “dates” since *all of this* started now consist of meeting in the evenings with the border between them. I choose to look at this as romantic (AND TRUE - NOT MADE UP!) and sweet. Your mileage (and cynicism) may vary. - (Buzzfeed)

It’s still April, sigh, but that means it’s still National Poetry Month. Faintingviolet picked up an anthology edited by Lisa Charleyboy and Mary Beth Leatherdale. "#NotYourPrincess is a feminist nonfiction collection of poetry, artwork, and personal essays, all revolving around the identity of Native American women aimed at young people." Have you read any poetry recently? (Cannonball Read 12)

lambs for ur tl 💫🍃 pic.twitter.com/qoqJIiTJdz