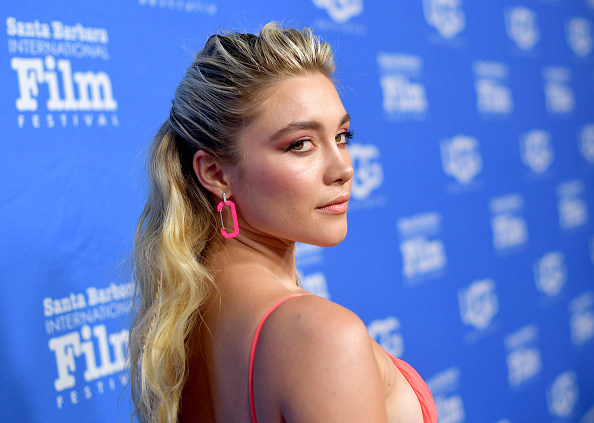 Florence Pugh Does Not Need Your Permission to Date Zach Braff, Thanks

“Well, alright alright alright, B9. The next one is B-9.” McConaughey hosted virtual BINGO night for senior citizens in Texas. So sweet! - (Celebitchy)

On the other side of the “celebrity” coin, Tori Spelling thought it would be a good time to do virtual meet & greets but to charge nearly $100 for them. Part of me thinks, “Eh, how’s this that different than the celebs doing Cameo and making some money?” and the other part of me thinks, “Goddammit, Tori and Dean! Look at your life. Look at your choices.” - (Dlisted)

Did you know Parasite is streaming on Hulu now? Well it is! - (The Cut)

CONFIRMED: @tylerperry paid for all groceries during Seniors Hour at 44 Atlanta-area @Kroger stores. Look at these faces — you can see the smiles and tears through the masks! pic.twitter.com/MIm7F5Hssr

The *NSYNC fellas have a weekly ZOOM happy hour - awwwww! JT shows up for it, because of course he does. No one can have fun without Timberlake trying to make it all about him. Do you think they mute him? - (Lainey)

Hello. Florence Pugh can date whoever the hell she wants. She doesn’t need your permission. Thanks.

In true Flo fashion, wearing spot stickers and all. To those of you that this video applies to- please listen. Please learn. Being hateful is not trendy.

It’s pretty guaranteed that we’d watch any show created by Greg Daniels and starring Steve Carell, but you throw in Lisa Kudrow and it is MUST SEE TV but on Netflix. - (R29)

OOOOh, I didn’t know I missed gossip, but I guess I kind of miss gossip because this little tidbit got me all excited. Are Tiffany Haddish and Common a thing? - (The Root)

YES! Finally someone else who knows that Tangled is better than Frozen and Eugene/Flynn is the hottest Disney prince! - (Buzzfeed)

Monica Lewinsky is a much much MUCH better person than I am. (A couple of hours after this tweet, it was reported that Linda Tripp passed away. No cause of death was given, but she had recently been diagnosed with pancreatic cancer. She was 70 years old.)

no matter the past, upon hearing that linda tripp is very seriously ill, i hope for her recovery. i can’t imagine how difficult this is for her family.

Genny shared this: “The National Zoo’s cheetah had four cubs today! And there’s a live feed of them!” - (National Zoo)

Jillster85’s book club chose The Silent Patient by Alex Michaelides for their February read. The thriller about an obsessed psychotherapist and his silent, possibly murderous patient was well received. "We all agreed it was a page-turner, with a pretty unexpected ending." Can you recommend some good page-turners? (Cannonball Read 12)

← Why Was Joe Exotic's Racism Cut From 'Tiger King'? | There Has Already Been One 'Amazing Breakthrough' in Covid-19 Research →