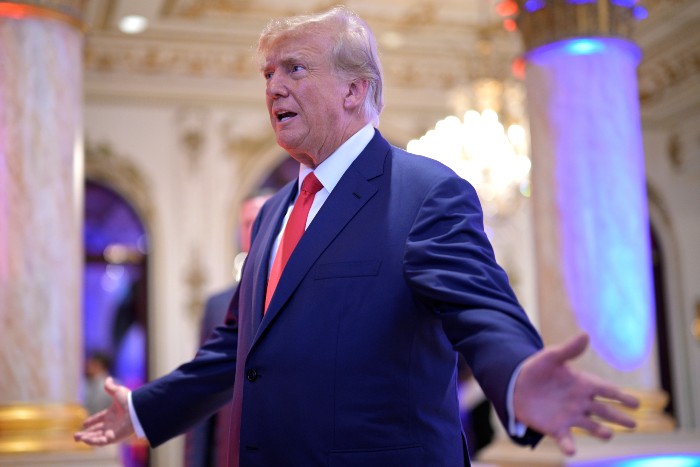 If Donald Trump announces his 2024 presidential run, which may happen before this post goes live, Facebook will not be fact-checking whatever horsesh*t flies out of his jaundiced bullfrog mouth. Thanks, Zuck! Of course, the joke is on Facebook because, despite its efforts to burn the country to the ground in pursuit of the racist uncle demographic, every conservative who routinely uses the site to mainline QAnon straight into their eyeballs thinks it’s the most left-leaning platform out there. For real, I’ve had people say this to my face because social media is smoothing brains out here, folks. Smoothing ‘em real good. (CNN)

Quinta Brunson to be anointed by Oprah with a special on OWN. (Lainey Gossip)

Bradley Cooper will knock up Irina Shayk again, but won’t marry her. (Celebitchy)

Laura Donnelly is game for another Werewolf By Night, and Marvel are absolute idiots if we don’t see Elsa Bloodstone again. (The Wrap)

How LEGO and MIT came together to give us Mindstorms. (Gizmodo)

Why not everyone in Hollywood is deleting Twitter. (THR)

But ad agencies sure as hell are. (The Verge)

NASA has a theory for why we might be alone in the universe. (Daily Beast)

Even Wall Street thinks Hasbro is farting out way too many Magic: The Gathering sets and diluting the brand. (Kotaku)

Postcardsandbooks didn’t think she would like fantasy until she was convinced to try Brandon Sanderson’s Warbreaker (free on his website). "Don’t get me wrong, I was thoroughly confused about the concept of a hard magic system…but even with half of it going over my head, it was still an easy 4 stars." Where would you point a new reader to fantasy? (Cannonball Read 14)