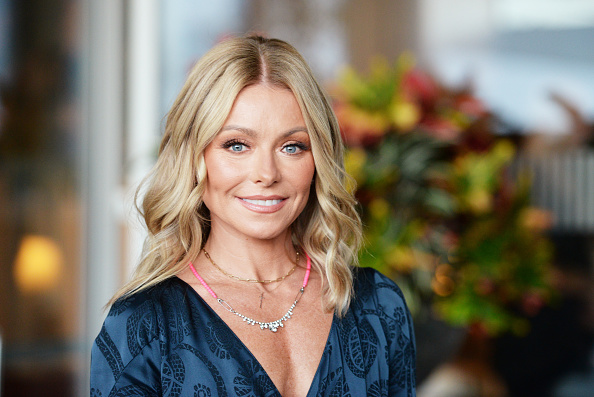 Prior to her time in prison, I can honestly say that I didn’t particularly give a crap one way or the other about Martha Stewart. She seemed like a humorless tightass, but she knew how to cook and bake. Whatever. Since her prison stint? I LOVE Martha and her smart-ass mouth, partnership with Snoop, and her shade. - (Dlisted)

The live-action Lady and the Tramp trailers don’t look super appealing SO FAR, but I’m not writing it off yet, especially because of these good dogs. Look at these good dogs on the carpet for the premiere. Oh, yeah, Justin Theroux and Tessa Thompson were there too. But the good dogs, Brant! 14/10 - (Lainey)

Speaking of toddlers/babies, I wish to god this next link didn’t spoil it right upfront because this could have been a terrifying mystery. Instead, though, it is just straight emmereffing HILARIOUS! - (Scary Mommy)

You can’t leave toddlers alone for even 5 minutes. They’re ruiners! They RUIN! It’s just who they are and what they do. - (Allure)

On Jimmy Kimmel’s show, Kelly Ripa said her son doesn’t like living in “extreme poverty,” which is what someone who makes $20 million a year means by, “Pays his own rent for a Brooklyn apartment.” (Buzzfeed)

I never would have thought to combine a purple dress with navy shoes, because I’m a basic bitch, but dammit, it looks good on Duchess Meghan! Also, her hair is soooo shiny and I am full of envy. - (Celebitchy)

The Japanese Enthronement was attended by royalty from across the globe (and Elaine Chao —Moscow Mitch’s wife — from the US) and it looks astounding. I highly encourage you to go through all of the pictures and read Jessica’s descriptions. They’re informative and hilarious. - (GFY)

I know, I know, it’s too early to talk about Christmas BUT just stay with me for a second! I love Advent calendars. When I was little, my grandma got me one every year and it was a big deal to me, even though I didn’t (and still don’t) like milk chocolate that usually comes in them. As an adult, finding Advent calendars that feature cosmetics, dark chocolates, gummies, cheese, wine, jellies and jams, has been my late fall/early winter hobby. Longtime Pajiba friend TylerDFC has found the ultimate calendar this year, though, and put my pursuits to shame. Make sure to click over to the “Terms and Conditions” link. - (Tiffany)

Genny shared this in our Slack: “A cultural landmark in North Carolina will no longer rip the tops off (as many) trucks. (The compilation video is IMMENSELY satisfying in a very lizard-brain kinda way. You know exactly what’s going to happen, and then it happens. The best ones are where the top of the truck gets peeled off in one long strip and dangles from the sign.)” - (MEL Magazine)

Roxana shared this: “These are pretty good women of the year choices.” - (T&L)

The Secret Garden by Frances Hodgson Burnett is considered a heartwarming classic in children’s literature. Having not read it as a child, KimMiE" says, "Colin’s existence is kept secret for no real reason except to add a touch of the gothic to the story, as if he’s a demented first wife being locked away in the attic by her rich husband." What childhood favorite are you afraid to reread, because it probably won’t hold up? (Cannonball Read 11)