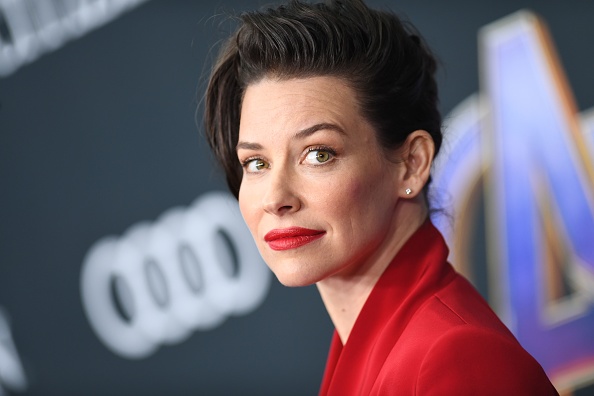 Ok, so I FULLY planned to share “The Triscuit” thread from Twitter in tonight’s PL, but it’s in this Lainey Gossip Celebrity Round-Up that ALSO has Eric Stonestreet dressed up as (maybe?) various Tiger King individuals, so yeah, I had no choice but to just share this. Two birds, one stone(street). Yadda yadda. - (Lainey)

For the first time, the US Space Force will actually go to space today. (Ars Technica)

I doubt you were taking your medical suggestions and advice from M.I.A. but if you were, maybe stop? - (Celebitchy)

Last week, Evangeline Lilly — who has had a hard year — refused to go into quarantine because she valued her personal freedom more that the lives of others. She’s reflected now, and she is sorry. TL;DR, she writes “PLEASE KNOW I AM DOING MY PART TO FLATTEN THE CURVE.” (Instagram)

That man is trashfire. Just a walking, babbling trashfire.

We knew it could happen.

We knew it *would* eventually happen.

We left them a playbook.

We left them an expert NSC team.

We built a transition exercise around it.

We built new programs to prepare for it.

They ignored/closed/undermined all of that.

Inside FIRE (Financial Independence Retire Early), the implausible millennial movement to save, invest, and quit the American workplace. (Vox)

My beloved BritBrit says she can run the 100-meter dash in under 6 seconds, which is nearly 4 whole seconds faster than Usain Bolt, and maybe she can! She’s goddamn Britney Jean Spears! - (Dlisted)

How your personality changes as you age. (BBC)

Everything on ‘Naked and Afraid’ Is Real—and I Lived It. (Outside)

OH, SHIT! A new season of Dirty John is coming, but this one will focus on Betty Broderick. For those who are unfamiliar with the Lifetime movies that starred Meredith Baxter Birney, this is quite a story. I lived in San Diego during this entire thing and was even on jury duty (for a different case), in the courtroom down the hall, at the same time Betty was on trial and it was BONKERS. - (AVC)

The unlisted: how people without an address are stripped of their basic rights. (The Guardian)

My mother-in-law and her sister both suffer from Lupus. They, like many others, are now finding their medication hard to find. Why? Fuckin’ Trump, that’s why. - (The Root)

This Is Not Capitalism. This is your brain on central banking, regulatory capture, and financialization. (Medium)

Americans, if you’re wondering how much you’re going to be able to get from the Coronavirus stimulus checks, here’s a helpful calculator. The rest of you are probably getting reasonable support from your governments, so this calculator isn’t for you. - (WashPo)

Again, not crying. I’m not. Not even tearing up a bit. *SOBDAMMIT*

If you’re looking for a good game to get into right now, Kristy’s got a pick you can play IRL or online. (SyFy)

Speaking of games, I’ve whined a fair amount already about the lack of March Madness and sports in general. If you’re jonesing for some sports, don’t worry, ESPN2 is here for you. - (TheDad)

Kayleigh wrote another episode of SYFY FANGRRLS’s Forgotten Women of Genre podcast, this time on 1940s scream queen Anne Gwynne, who also happens to be the grandmother of the Best Chris! (SyFy)

Malin asks that you please not judge Mia Vincy’s A Wicked Kind of Husband by the amount of pink on the cover. She read it in 24 hours, which with a job and a toddler is very hard to do. "I promise it really is a very good book and it rightfully appeared on a bunch of the Best of 2018 end of year lists." Do you have a recommendation of a good book with a bad cover?  (Cannonball Read 12)