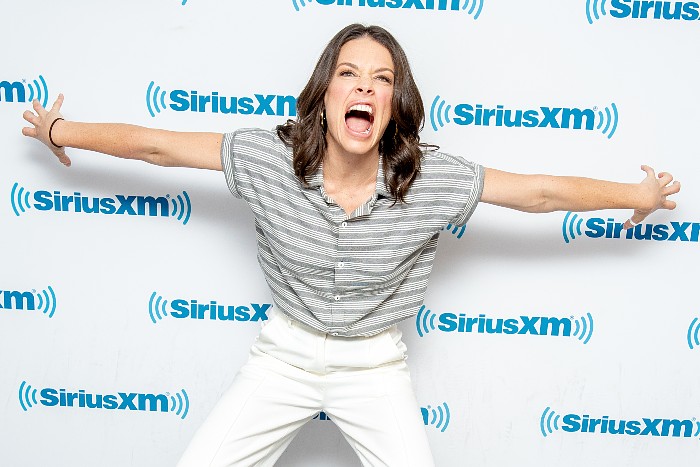 Evangeline Lilly Is Back on Her Bullsh*t, Brags About Attending Anti-Vax Rally

In a move that Marvel is sure to love after stamping out her anti-social distancing rant at the start of the pandemic, Evangeline Lilly has proudly shared that she attended the anti-vax rally over the weekend. And, yes, that’s the same rally where Robert F. Kennedy Jr. compared vaccine mandates to Anne Frank. Lilly couldn’t have been more thrilled to be there to fight for “bodily sovereignty.” (Daily Beast)

Kim Kardashian and Pete Davidson had dinner at Jeff Bezos’ house where I’m going to assume he repeatedly invited them to ride his dick rocket into space. (Dlisted)

Really, really awesome that Howard Stern and the entire cast of The View both made a huge deal this week about how this jackass shouldn’t be cancelled. Great stuff.

Madison Cawthorn is attempting to pull of an odd legal defense that, if I’m reading right, sure sounds like he’s admitting to committing insurrection. (TPM)

My day job is entertainment news, so trust me when I say literally nobody has a clue what the hell this is:

Like the shitbird Republican that she is, Sarah Palin was spotted eating out at a restaurant two days after testing positive for COVID. (Mediaite)

Do you want more books, and also want to fight cancer? To kick off fundraising in their 14th year, Cannonball Read is having a little book sale. See what books they have available, you can buy them for the minimum price, or kick in a few extra dollars to help CBR in their mission to stick it to cancer, one book at a time. (Cannonball Read 14)

From Petr: Well, f*ck. I love bawling my eyes out on Thursdays.


← 5 Shows After Dark: 'Call Me Kat' on Fox, 'Single Drunk Female' on Freeform | In a Bizarre Insta Post, Actor Ezra Miller Appears to Threaten the KKK →