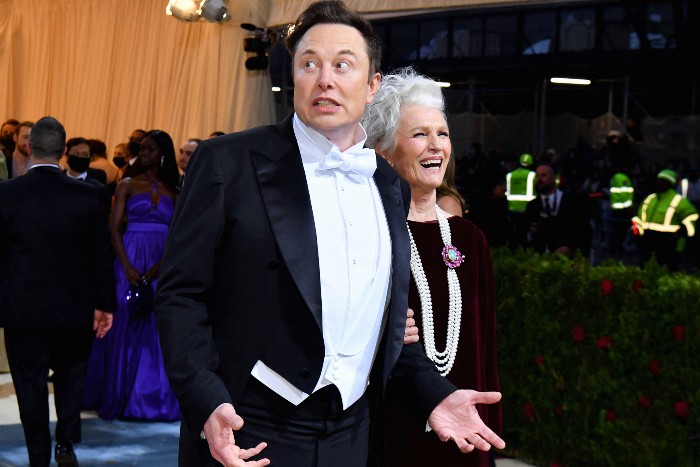 After facing accusations that he propositioned a SpaceX employee, a new report claims Elon Musk allegedly impregnated a top executive at his Neuralink company who birthed twins sometime last year. If you’re whipping out your calendar to do a little relationship math, yes, this would have been very close if not simultaneously occurring with the second baby he and Grimes had via surrogate. (Rolling Stone)

Rihanna has unseated Kylie Jenner as America’s youngest self-made female billionaire. I’m not the superstitious type, but I can’t help but feel like a curse has been lifted. (Dlisted)

QT is the king of the "hold on a minute, is this a joke?" declaration. https://t.co/6myUMGhnUe

In her hottest take of 2022 so far, Kayleigh offers a rousing defense of Tom Hanks’ truly barmy performance in Elvis. (/Film)

From Roxana: BRB losing my f*cking mind. Literal supermodels on this list. When your #1 is NATALIE F*CKING DORMER… (Ranker)

Armie Hammer is not working as a hotel concierge. Yet. (AV Club)

I CAN'T BREATHE THIS IS THE FUNNIEST THING I'VE EVER HEARD pic.twitter.com/B3RIrqq2nm

Some maniacs bombed the “Satanic” Georgia Guidestones that conspiracy nuts have been freaking out about since the ’70s. Just another normal one in America. (Daily Beast)

As someone who worked in restaurants for most of his 20s, and slightly resembled these descriptions, this The Bear thread is eerily spot-on. (Twitter)

It’s always nice when an author finds a review of their book on Cannonball Read, but sometimes their thanks include something more. When Shelly Sanders saw ElCicco’s review of her book, Daughters of the Occupation, she loved CBR’s mission and shared that her mother is a cancer survivor too. When have you received unexpected but positive feedback? (Cannonball Read 14)

When I say “heheheh” this is what I mean pic.twitter.com/ho7aGgUajk