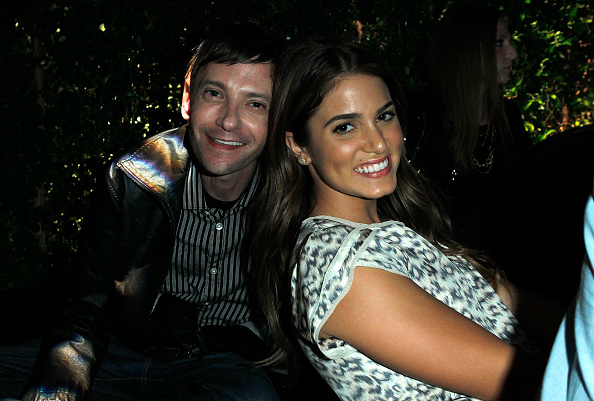 I kind of feel like Tiffany Haddish and I would enjoy hanging out together, watching Dr. Pimple Popper, looking at stuff under her microscope, and maybe listening to some murder podcasts or something? I don’t know about the last one. - (Celebitchy)

Want to make six figures? Do you like tacos*? *a) stupid question, and b) I don’t mean “real” tacos, I mean Taco Bell tacos. - (Dlisted)

Well. I spent way too much time making this.

Seriously, that response from Rachel Brosnahan’s PR and then her own tweet are just so overly much. - (Lainey)

Fellow white people, we need to read (and reread) and implement these suggestions. If you think you already have, great. Print this, laminate it, and distribute it to every white person you encounter. - (The Root)

The IOC issued a ban on any form of protest at the 2020 Tokyo Olympics. Megan Rapinoe won’t stand for that. - (TMS)

More Olympics stuff. Kate asks the good questions: “How are they going to bone on cardboard beds?!” - (People)

Dustin shared this in our Slack and it was delightful!

As discussion about the #JeopardyGOAT tournament continues, please do not forget about the O.G. Jeopardy! goat, in one of the best Alex Trebek moments ever. #Quikrete pic.twitter.com/YlsYlQQ3Qr

Feminist Zines Have Been Around Longer Than You Thought - (VICE)

Speaking of, Pajiba’s longtime friend PissBoy sent me this zine from Lindsay, a Service Learning Prof at Virginia Commonwealth University, and said, “her feminist stance and resolve to do her best to improve humanity is inspirational. And the site name is a mothereffing Bikini Kill reference.” Sounds right up our alley! - (Feels Blind Literally)

Roxana shared this, “this profile of the founder of Lingua Franca touches on the upper echelons of wealthy white women resistance against Trump, and I’m not sure exactly how to feel about it.” - (The Cut)

Jesus, poor Puerto Rico! The hits don’t stop coming. After last Tuesday’s terrible 6.4 magnitude earthquake (which followed a 5.8 earthquake early Monday), the island was rocked again Saturday morning by a 5.9 quake. I know everyone has been trying to get funds to Australia, but if you can, please try to help Puerto Rico, too. Here are some places to donate.

It wasn’t only the music world who lost Neil Peart this weekend. Pop culture also lost an amazing drummer. - (AVC)

Things live forever on the Internet. Narfna passionately and scathingly reviewed Terry Goodkin’s Temple of the Winds in October of 2015 (1 ½ stars). Four years later, people are still finding it and commenting on it. Over the years narfna has had visitors comment, "This has got to be the worst review I have ever read" and "Anyway, thank you for your review - is nice to know I’m not alone!" Is there a book you love or hate so much you want to tell everyone about it? Cannonball Read 12 would be a great place to share your thoughts, registration is open until January 15th. (Cannonball Read 11)