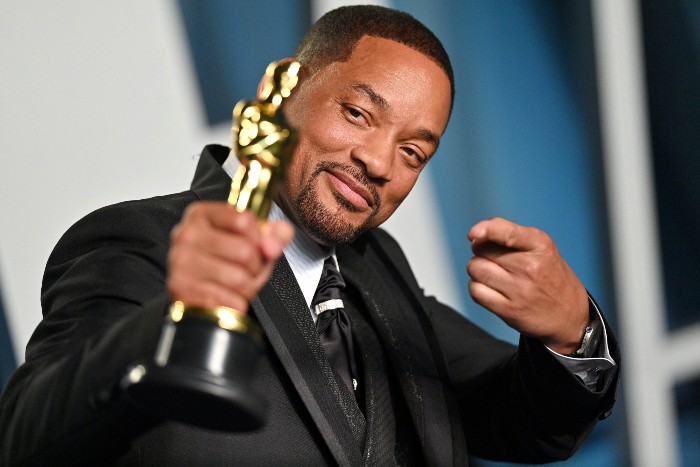 Will Smith Apologized to Chris Rock for Real This Time, So That’s the End of That, I Guess

Despite headlines claiming Will Smith apologized to Chris Rock in his Oscars speech — He definitely didn’t. — Smith has issued a formal apology to the comedian, where he writes that he was “out of line” and “there is no place for violence in a world of love and kindness.” So there you have it. Discussion over, everybody. Nobody even try to talk about topics like toxic masculinity, patriarchal religious violence, and/or the massive bubble of celebrity entitlement. How dare you? (Instagram)

That said, at least it didn’t ruin the Williams sisters’ night, who definitely deserved to get their party on after all of that. (Lainey Gossip)

Britney Spears loves how Euphoria is such a feel-good show? (Dlisted)

This happened down the highway from me today because what is Spring even?

UNBELIEVABLE video of a pileup in Schuylkill County as snow squalls brought visibility on Interstate 81 down to near zero. Video shot live by Mike Moye (Facebook) pic.twitter.com/q1BxgUYz2O

Kim Kardashian is sorry for questioning your work ethic. (The Cut)

The news union just called out BuzzFeed CEO Jonah Perretti for being a coward as the site gets ready to unleash another digital media bloodbath. (The Wrap)

this is a renaissance painting pic.twitter.com/KPuR5zz6o0

Halo is Paramount Plus’ most-watched show ever, which probably didn’t take much to achieve. The only people I know who subscribe to it are Dustin, my parents, and me. A.K.A. Old people. Very, very old people. (AV Club)

Michael Bay is not shy about hating the CGI in Ambulance. (Deadline)

Ticket sales for Chris Rock’s comedy tour are through the roof after the Oscars incident. No wonder he kept smiling the whole time. (Variety)

Which books have kept you up too late reading? Ale received Brandon Sanderson’s Mistborn Saga in the Cannonball Read Holiday Book Exchange and wasn’t able to put The Final Empire down. "I lost a lot of sleep over this book, it was just too good to only read for a half hour before bed, and as dense and heavy as Sanderson often is, this book blew by." (Cannonball Read 14)

how every conversation starts when you return to the office pic.twitter.com/8Bl5lOqx2D