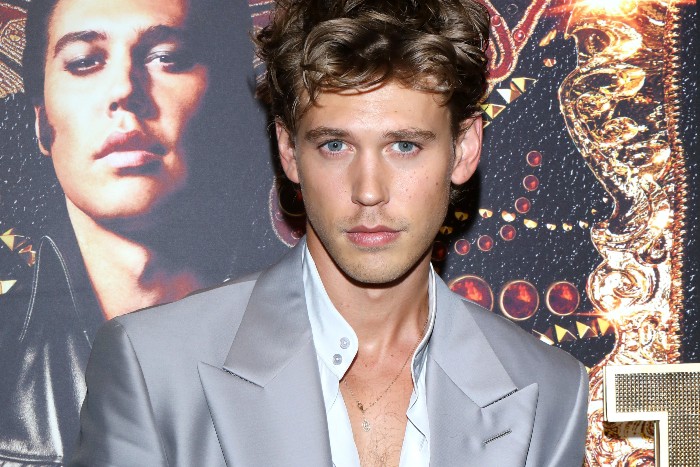 No, Austin Butler Didn’t Get in a Bar Fight With Ezra Miller (Yet)

Because Twitter is going to Twitter, a rumor started bouncing around today that Ezra Miller got punched in the face by Elvis star Austin Butler at a Tokyo bar. I’m sad to report that did not happen. (TMZ)

However, around the same time, Variety dropped a lengthy dive into Miller’s erratic behavior including an interview with the woman they choke slammed in Iceland. She’s speaking out for the first time along with another previously unknown woman that Ezra allegedly terrorized in Germany. Like everything in this situation, it gets worse the more details come out, and again, I do not know how the hell Warner Bros. has any choice but to bury The Flash and write the whole thing off. Surely, there must be some sort of insurance policy for your star going so far off the deep end that they’re telling people they’re a “maker of planets.” (Variety)

And now for a palate cleanser: Andrew Garfield surfing, anyone? (Lainey Gossip)

Shailene Woodley apparently had the best month of her life. (Dlisted)

If anyone’s curious what’s up with Travis Barker, pancreatitis. (Celebitchy)

I know the news cycle has moved on but I absolutely had to rant about that outrageously shitty New York Magazine cover story "Canceled at 17," in which we are meant to sympathize with a boy who lost friends because he showed people his girlfriend's nudes https://t.co/EIjjtN5TR5

Taika Waititi is only just now trying to write his Star Wars movie, and he’s also totally cool if Lucasfilm passes on the whole thing because he’ll just hang out with his kids for six months. That sound you just heard is Kathleen Kennedy birthing kittens. (AV Club)

Warner Bros. continues to stick by J.K. Rowling because what terrible person won’t this studio defend? Oh right, Johnny Depp. Pretty notable that guy got rightly tossed on his ass by a studio that continues to back Tammy TERFnuts here and is apparently going to pretend Ezra Miller isn’t a global menace until The Flash hits home video. (IndieWire)

Hello! I would like to raise some money for abortion funds and I would also like to send five people scripts of their favorite BoJack Horseman episodes signed by me, with a personal note. If you’d like to help me in either endeavor, please read on! pic.twitter.com/WF6QE72mRy

Tim Allen wishes Lightyear had more of a connection to his Toy Story performance, and dude, seriously, what are you talking about? I saw the movie — delightful, btw — and the entire climax is Buzz popping his wings and spouting catchphrases exactly like your version, you whiny narc. (The Wrap)

Why is Chris Pratt lying about his religious past? (Daily Beast)

For the record, I would’ve asked the same thing coming out of the blissful high of The Last Jedi instead of the mediocre sludge pot of Obi-Wan, but who the hell is paying $5,000 for a Star Wars cocktail? For that price, I’ll personally come to your house and mix drinks all night while naming my favorite Ewoks. (CNBC)

Happy Canada Day! Pooja loves the firsthand perspective of true crime memoirs. Toronto homicide detective Steve Ryan’s The Ghosts that Haunt Me gave her what she was looking for. "I felt the stories were sensitively told and liked learning about how the cases, some seemingly without leads, were tackled." What will you be reading this Canada Day weekend? (Cannonball Read 14)

← 5 Shows After Dark: 'This is Going to Hurt' on AMC+, 'Chrisley Knows Best' on USA | 'Stranger Things' Crashes Netflix and Other Odds, Ends, and Cancellations →