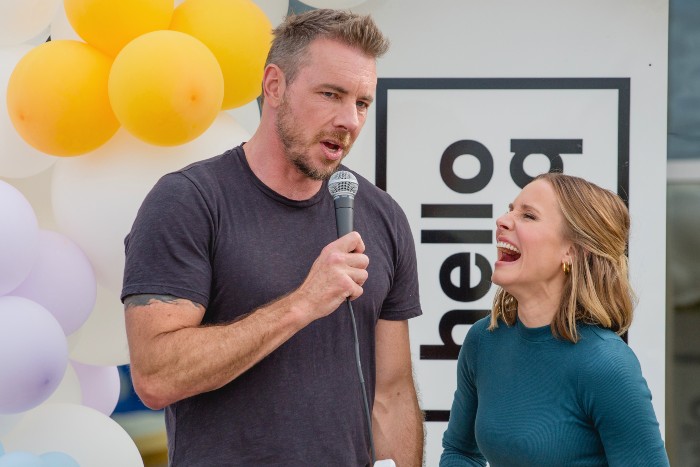 Dax Shepard Once Dated an Olsen Twin, According to Dax Shepard

First things first, yes, that is really Dax Shepard above. Apparently, he made good on his threat to get into Marvel star shape, so there’s that information. Anyway, during a recent episode of his podcast, Wanna Hear About Our Orgasms and Unbathed Kids?!, Shepard revealed that he dated Ashley Olsen back in 2006/2007, which would’ve made him 32-ish and her almost 21 unless he fudged the dates. However, he wants the record to show that he never watched Full House, which would’ve made things “weird.” Good to… know? (Us Weekly)

Maybe don’t get your hopes up about Beetlejuice 2 just yet. (Lainey Gossip)

Watching Sam Elliott freak out over gay subtext in Power of the Dog is reminding me of this fantastic Gore Vidal interview from The Celluloid Closet (1995) where he reveals Ben-Hur was gay as hell and they simply never told Charlton Heston about it lol pic.twitter.com/UOhiHBC1oX

From Ciara: Crime is bad, kids, but also this is hilarious. (THR)

From Petr: You will not regret spending a minute on this video. (TikTok)

From Claude: PSA as we enter Girl Scout Cookie Season: Don’t harass or yell at the scouts. Either buy the cookies or don’t. Nobody needs your grandstanding or creeping on CHILDREN, FFS. (Insider)

From Dustin: Bummer, but also, I hope Chris Pine and Annabelle Wallis can continue the trend of celebrity reconciliations soon. (Page Six)

No matter how far we come, we get reminded that it's not enough. This is why I raised $111M for @serenaventures. To support the founders who are overlooked by engrained systems woefully unaware of their biases. Because even I am overlooked. You can do better, @nytimes. pic.twitter.com/hvfCl5WUoz

The Daily Show had the good sense to delete a stupid-ass tweet about Biden after getting dragged in the replies. (Mediaite)

Whoopi Goldberg snatched up Lauren Boebert for her bullsh*t during the State of the Union, which was to be expected. What wasn’t expected is Whoopi using MY FATHER™ to do it. Did not see that one coming. (Uproxx)

Aquillia’s love of history and her Ph.D. in the political history of the fourth-century Roman Empire meet in Guy Gavriel Kay’s Sarantine Mosaic duology. "It is perhaps unlikely that a fantasy can be such a successful exploration of a distinct historical period, but in this endeavor, Kay has been utterly successful." (Cannonball Read 14)

This isn't how we normally take an oral swab but… oh… ok… thank you pic.twitter.com/BqUV4TGiib