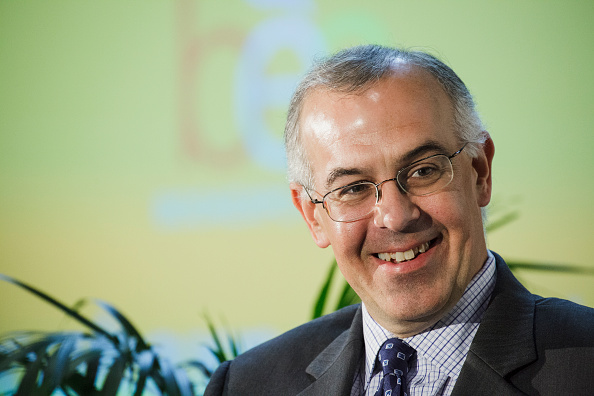 David Brooks Has Really Outdone Himself in the Bad Take Department

Ronald Reagan was a racist piece of sh*t is your absolutely not surprising first link for tonight. (The Atlantic)

OK. This is an absurdly cool volunteer opportunity. The Library of Congress is looking for your help to transcribe 16,000 pages from diaries, letters, and speeches written by suffragist leaders. (Smithsonian Mag)

This was a very thoughtful read: The Efficiency Dilemma. (The New Yorker)

I am a huge fan of William Strauss and Neil Howe’s work, so every position that is based on the premise that history is cyclical has my attention. To wit, this post about what history suggests is the future of Trump and Brexit. (Medium)

This article about how Suadi Arabia makes its dissidents disappear is terrifying. (Vanity Fair)

Geographically Related: Princess Haya is requesting a divorce as well as full custody of her children using a law in the UK written to protect victims of forced marriages and domestic abuse. (ABC)

Ariana Grande got to meet Jim Carrey and I just think this is too cute for words. (Lainey Gossip)

Did you read Drew Magary’s take on the media echo chamber? (GQ)

Did you see that god-awful tweet from Human Trashcan Alan Dershowitz about 16-year-olds and equating abortions with consensual sex. I mean, if you didn’t, my sincere congrats to you, please do not go seek it out. This post goes into a more nuanced opinion about why we set the age of consent where we do. It’s an uncomfortable read, but I thought it might spark an interesting conversation. (The Cut)

Ugh, related: Travis Barker (of Blink-182) learned that a 20-year-old man was creeping on his 13-year-old daughter. Dudes. DUDES. Come on now. (Dlisted)

What do you think of the houses in Big Little Lies? Personally, I am a fan of Celeste’s house (I just need it to be, like, a quarter of the size). (Curbed)

The CNN Democratic debate had 8.7 million viewers on Tuesday. On Wednesday the number of viewers increased to 10.7 million. I think that’s partly due to who was on the stage, but I’m secretly hoping that it’s also because people are getting more invested in paying attention. (The Wrap)

I enjoyed this very much: When Celebrity Chefs Egg Your House. (McSweeney’s)

I do not watch The Bachelorette. I do not know how the show works. I believe red roses are involved, but besides that, I remain blissfully ignorant. At least I did, because I somehow have managed to hear about two of the a**holes on this show, which I think is a genuine measure of how horrible Luke and Jed are. The Fug Girls have got some WORDS about this. (GFY)

David Brooks has a new bad take. I’m going to link to it, but don’t bother reading it. The headline is all you need to see to know how terrible it is. (NYTimes)

Find yourself someone who writes about you the way David Brooks writes about the worst possible opinion every time pic.twitter.com/QTRXuRQ4DP

So there is this event in Italy at the moment called Camp Google. It’s supposed to be a forum on global warming, but almost everyone used a private jet to get there, which is not great, to say the least. (Celebitchy)

Childless by choice is still a new concept in a lot of the romance genre. Jackie Lau’s Not Another Family Wedding gave Malin a heroine who does not want children and had an abortion when her birth control failed. "When I was struggling with fertility problems myself, even contemporary romance novels seemed to be bursting with insultingly fertile couples - women getting knocked up from one-night stands (while using protection and/or on contraception). When you’ve spent time, money and tremendous amounts of emotions on unsuccessful fertility attempts, that just seems extra hurtful." What would your happily ever look like? (Cannonball Read 11)

What if #KillingEve were a 1960's thriller? pic.twitter.com/Pu2CZy6fVc 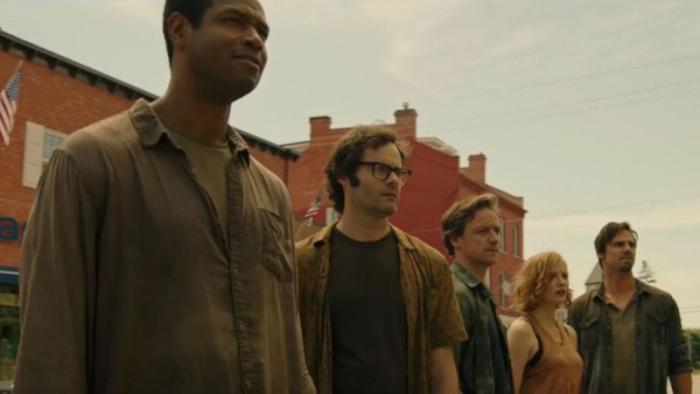 'IT: Chapter 2' Plans An All-Clown Screening And Gives Us A Featurette

Morning Briefing: The Cruelty (and Incompetence) is the Point