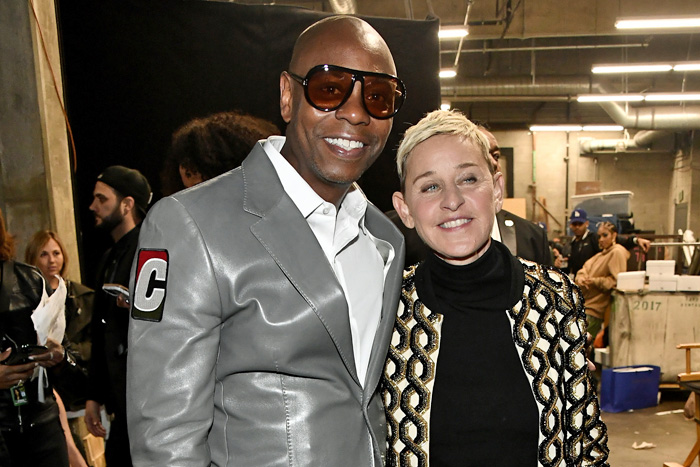 Dave Chappelle has been getting a lot of positive press because of his recent 8:46 special and the comedy shows that he’s been hosting in his Ohio hometown with famous guests like David Letterman and Jon Stewart. So, naturally, he squandered all of that by inviting Louis CK to perform because never forget Chappelle made jokes about CK’s victims in not one, but two of his Netflix specials. (The Hollywood Reporter)

Duana breaks down why Ryan Reynolds’ Group Effort Initiative to get BIPOC on sets is simple, tangible, and feasible. (Lainey Gossip)

With Brad Pitt coming around, Angelina Jolie is reportedly trying to reconcile his relationship with Maddox, which is apparently still frosty after the plane incident. (Celebitchy)

To Chuck Todd, et al: when someone says the Lord had a hand in creating executive orders, that’s your F’ing CUE!

Kanye West just straight-up admitted that his presidential run is designed to siphon votes from Joe Biden. He’s not even trying to hide it. (Forbes)

Turns out Jerry Falwell Jr. can cause enough of a scandal to suffer repercussions. He’s on “indefinite leave of absence” from his family’s batshit evangelical university. (AP News)

Black employees say Veterans Affairs has a serious racism problem, and the stories are pretty damning. (The Root)

Roxana passed along this riveting read. What happens in a divorce when one parent wants to make their kids basically drink bleach to “cure” their autism and the other is like, hey, yeah, what the hell? A depressing shit show, that’s what. (Jezebel)

Madonna and Diablo Cody are working on a screenplay while in quarantine. Why did the hairs on the back of my neck just stand up? (IndieWire)

Yeah you definitely want to give a guy like that the chance to be a father.

Do rapists typically leave their contact info btw, or are we just hoping she got his badge number? https://t.co/0xLHIptaub

From Kristy: “The only part of the bubonic plague era you want revived has returned: the wine window.” (New York Post)

I’ve been playing the hell out of Red Dead Redemption 2 for the first time, even though it makes my PS4 sound like the hairdryer from SpaceBalls, so here’s a neat piece of criticism on how it’s depiction of Jim Crow racism doesn’t quite add up. (Kotaku)

Cannonball Read is having their first ever book sale fundraiser! Treat yourself to book mail, and help Cannonball Read with their mission to stick it to cancer, one book at a time. Check out the list of books, and see if there’s something you want to read. (Cannonball Read 12)

And this Taylor Swift thread is from Steven: “If you were wondering how professors are handling quarantine and the collapse of the world. Not great, Bob, not great.”

← 5 Shows After Dark: 'Perry Mason' First season finale, 'Apocalypse Earth' Premiere History | Watch: Netflix's 'Away' Trailer Will Yank Out Your Heartstrings and Beat You With Them →