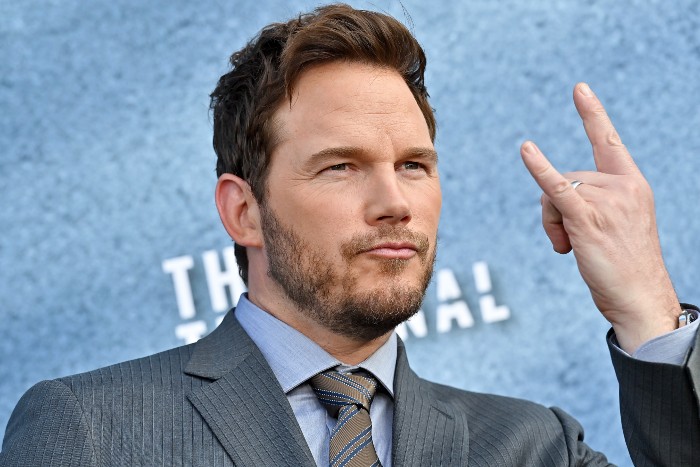 In what can only be construed as a carefully coordinated strategy to defuse the “Worst Chris” situation, Chris Pratt — who apparently hates being called Chris, btw — gave a sprawling interview to Men’s Health where he attempts to tackle the elephant in the room. Namely, the narrative that he attends Hillsong, the “infamously anti-LGBTQ” church as Elliot Page once described it. According to Pratt, he’s never been to Hillsong or even knows anyone who goes there. He actually attends Zoe Church, but he makes it a point to note that he doesn’t go regularly. As for why he waited almost three years to say he doesn’t attend Hillsong, he didn’t want to throw a church under the bus, which … OK. More tellingly, Pratt is trying to pull a semantical maneuver that anyone who grew up evangelical will instantly recognize. You see, Christopher Pratt wants it known that he’s not “religious,” because religion is bad and often used for evil. Very true! However, he does believe in God and loves going golfing with the pastor of the church he doesn’t regularly attend. In essence, he’s playing the old “I’m not religious; I’m spiritual” card, which I’ve seen countless times over the decades. Straight up, it’s bullsh*t. In a nutshell, what these people are trying to do is make their faith sound more authentic than Catholicism and, of course, Judaism when, at the end of the day, they still very much adhere to patriarchal, heteronormative dogma. In short, the dude’s still the worst. (Men’s Health)

Wendy Williams is getting into podcasting. (Dlisted)

Why did People do an exclusive about Brad Pitt’s winery? (Celebitchy)

Mama, Why Are You So Sad? Explaining the Roe Decision to a Toddler…and Myself

This essay has no answers in it. But my heart was too heavy to write anything else.

It is open to the public, no patronage required. I just wanna talk.https://t.co/shngqae0XM

Beyoncé is not your anti-capitalist savior. (Rolling Stone)

Taika Waititi will not be shooting a Star Wars this year. (The Wrap)

Laura Prepon joins the fight for abortion rights. (The Cut)

Which is good because CVS and Rite-Aid are already starting to limit the sales of Plan B. Folks, show up and vote for Democrats. For the love of God. (Gizmodo)

It’s been a weird year for persnickety chick. She hasn’t been reading much, but she did grab Kati Wilde’s bonkers barbarian romance, The Midwinter Mail-order Bride. "Anyway en route he displays his generosity of spirit and skill in killing people. She falls in love." What have you read because of a bonkers blurb? (Cannonball Read 14)

There’s no way I could have predicted where this ad was headed. pic.twitter.com/K0jNabD7Mh