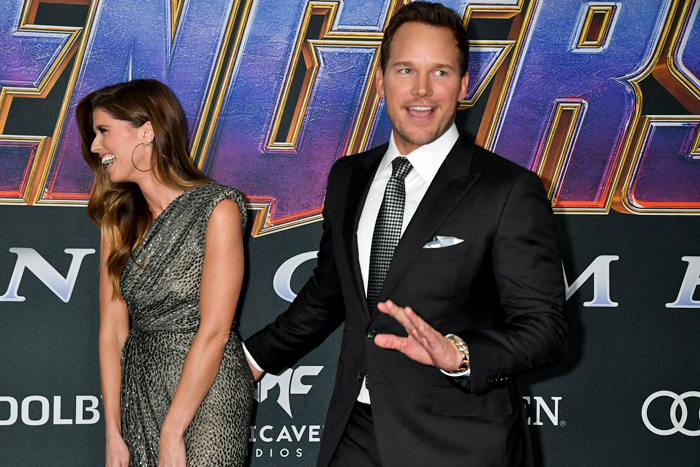 Worst Chris Welcomes His First Schwarzenegger Offspring, What a Time to Be Alive

Chris Pratt and Katherine Schwarzenegger welcomed a baby girl some time over the weekend, so start the countdown to how long it takes for him to to make Gun Dad posts. You know the ones I’m talking about. “You might have her heart, but I have a .22 hyuck yuck yuck.” (Entertainment Tonight)

Kanye West is releasing campaign memos now, and surprise! He’s hardline anti-choice and pro-school prayer, which seems like an odd way to ratf*ck Joe Biden, but nothing about this whole thing has made a lick of sense. (Celebitchy)

January Jones is openly thirsting for the LA Clippers’ Kawhi Leonard, which I’m sure his girlfriend will love. (Dlisted)

ur damn right I support the boys in blue pic.twitter.com/vdnadPfAtG

For What To Watch, Kayleigh wrote about Sunset Boulevard, which celebrates its 70th anniversary this year, and the musical adaptation that wildly missed the point of its source material. (What To Watch)

From Roxana: Matthew Rhys on Perry Mason, The Americans, and his guest appearance on the last episode of Columbo. (GQ)

If you’re an obsessive fan of physical media like I am, Disney is reportedly pulling back on releasing 4K discs. If there are some Fox movies out there that you want, now would be a good time to grab them. (Digital Bits)

One thing I'd like journalists to do instead of talking about how "fun" the most consequential election in American history will be is clearly explain to Americans what Trump is doing to steal it. https://t.co/8l2j0E0LnQ

That third Tron movie with Jared Leto is finally happening for God knows what reason. Beats me. (Deadline)

Nikki Haley is considered by many to be the top prospect for the 2024 Republican ticket, so you better watch your ass… The Popcorn Factory? (Jezebel)

Fox News Ainsley Earhardt is only just now learning that, yes, children do get COVID-19, and in two terrible flavors. They either get sick, which is not great, or they’re asymptomatic and spread it like crazy because no one even suspects they have it. But, yup, school will go great! (The Daily Beast)

If you like a mystery series with food, pixiestyx recommends Vivien Chien’s Noodle Shop Mysteries. "Lana has a lot of spunk and it’s easy to root for her. I love her relationship with her family and how Chien is letting it evolve in the books." What is your favorite mystery series? (Cannonball Read 12)

CUT MY LIFE INTO PIECES
THIS IS MY CARDBOARD FORT pic.twitter.com/c5dduWrFEY

← Leave Cathy (Lindsey Broad) from 'The Office' Alone! | That Time the Singer From Smash Mouth Went Nuts on Stage Because of Bread →