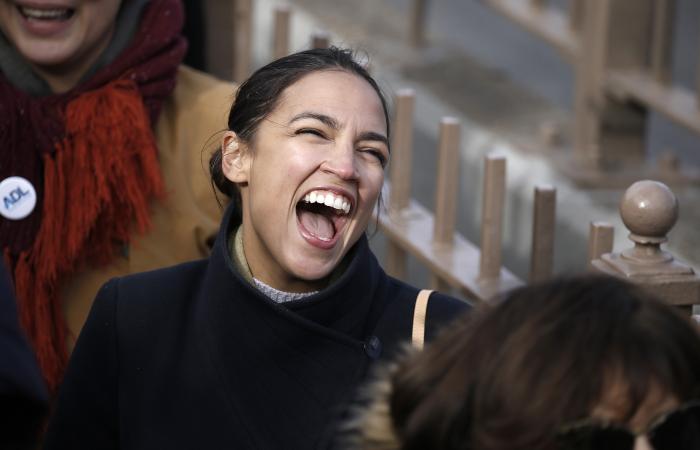 Cheers to AOC, Our Future President 🔥

Before I get to the links, here is a helpful list of all the ways you can help the victims of Australia’s fires. Here is where I donated for humans (Australian Red Cross) and for animals (Australian Koala Foundation and World Wildlife Fund). The full list is at this link (NYT). ❤️

Timothee Chalamet has something on his face and, my loves, it’s bad. Actually, strike that, it’s terrible. (Celebitchy)

From Dustin: Grieving and play-by-play do not always go well together. (Twitter)

Brad Pitt said of Bradley Cooper: “I got sober because of this guy” which sort of casts Pajiba Emu in a new light, no? (Lainey Gossip)

From Jodi: This guy animated himself and his girlfriend into Sleeping Beauty and then proposed in a “crowded” theater. It’s the cutest thing I’ve ever seen. (Reddit)

Oh, Aunt Becky. You’re the worst. And your hair isn’t even that good anymore. (Dlisted)

How Political Fact-Checkers Distort the Truth. (The New Republic)

Weinstein’s judge had to reprimand Harvey for using a cell phone in court during proceedings. Weinstein’s lawyers tried to use this to get a new judge. How did that work out for them, you think? (Variety)

My New Year’s Resolution this year is to have more music in my life, so this article about highly anticipated albums in 2020 really helps with that. (Vulture)

Attention Bibliophiles: These Book Towns Should Be Your Next Vacation Stops. (Smithsonian Mag)

The most “abandoned” books on GoodReads. (Gwern)

Melina enjoyed Peter Vonder Haar’s second Clarke and Clarke mystery, Point Blank even more than the first. "This is a really fun ride of a book and I look forward to reading future books about the Clarke family and seeing the siblings interact again soon. Because Cy is definitely not going to be playing around anymore." Who are your favorite private eyes? (Cannonball Read 12)

Dad spent his life working so hard to protect wildlife and wild places, especially in Australia. I wish he was here right now to give advice and strength during this time of devastation with the bushfires. I know that his spirit lives on through our conservation work and I hope together we can make him proud. 💙🙏🏼