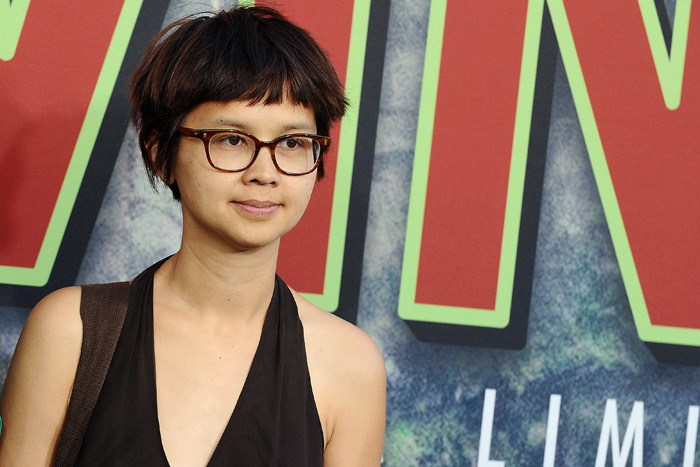 Is Aaron Rodgers angling to be the new permanent host of Jeopardy! by letting himself get papped with Shailene Woodley? (Lainey Gossip)

Prince Harry is returning for Prince Philip’s funeral. That should be fun. (Celebitchy)

From Roxana: The Nanny is now streaming, for the first time, on HBO Max, and if you’ve been rediscovering its glory, here is a fun interview with costume designer Brenda Coope about what she thought were Fran’s 10 best outfits. (Variety)

From Steven: The worst dog ever is somehow adorable despite being terrible in every way. (Hot Little Mongoose)

If you like the celebrity and pop culture discussions that happen on this site, check out Kayleigh’s newsletter, the Gossip Reading Club, a fortnightly breakdown of vintage gossip reporting that’s open to everyone. Issue one is out now and we’re talking about that time Jerry Seinfeld dated a teenager and People Magazine spun it as super adorable! (Gossip Reading Club)

A house near me has a big polar bear in the window that they used to dress up every day in first lockdown and now they’ve added…….. Stanley Tucci? pic.twitter.com/UcLkxWXOdL

If Phoebe Waller-Bridge is the new Indiana Jones, you have my attention. (Deadline)

John DeVore on the latest episode of Real Time: “Maher has slowly transformed into just another professor of the pale arts at the University of White Grievance.” (Humungus)

Get to know the guy who yells “Mortal Kombat!” in the Mortal Kombat theme song, which is apparently the interview that’s been missing from my life. (AV Club)

Everina Maxwell’s sci-fi debut, Winter’s Orbit, is the kind of romance a non-romance reader like CoffeeShopReader can love. "There’s also some adventure, including wilderness survival, sneaking into secret military facilities…" a mystery, and interesting world-building. What are some books that weren’t normally your thing, but you liked anyway? (Cannonball Read 13)

When you see Darth Vader for the first time pic.twitter.com/6qXrnfZJmc