Tina Fey gets called out for trying to downplay blackface after having NBCUniversal shelve two episodes of 30 Rock. (Lainey Gossip)

Madonna wished herself a Happy Father’s Day. Hey, why not? (Dlisted)

Charlize Theron unloading on Steven Seagal and calling him an overweight fraud who preys on women, anyone? (NY Daily News)

Just FYI, the NYPD made up the poisoned at Shake Shack story. Total lie. (Celebitchy)

People with periods never have a tampon on them when they need one - so you can bet we aren’t wasting one by putting it in your Starbucks.

Shaun King was actually right about the whole Jesus thing. Hold me. (The Root)

After the Internet came out to drag Michael Bay for her over the weekend, Megan Fox has officially shot down the infamous story that he made her wash his car in a bikini to audition for Transformers. This was some Shyamalan shit. (Jezebel)

In defense of the Himbo. (MEL Magazine)

Edgar Wright has found his next intriguing project with The Chain, and let’s hope the casting goes much better than it did with Baby Driver. (Atom Insider)

check out this guy i found who existed three years before fight club came out pic.twitter.com/m3RCosOljR

A lot of people are noticing that fireworks are out of control this year, and I just want to say, welcome to every day of my life in rural America. From May to well, forever, some idiot is blowing something up because MERKA! (The Cut)

An excerpt from the book “Fashion Victims: The Dangers of Dress Past and Present,” which details the history of literal death by clothing. (Atlas Obscura)

Johnny Depp just got cast on a children show, but don’t worry, it’s for Quibi. No one will ever see it. (The Daily Beast)

NoNeinNyet is a fan of stand up comedy and often falls asleep to comedy albums. She was delighted by Josh Gondelman’s Nice Try: Stories of Best Intentions and Mixed Results, as it details his attempt to journey from nice to good. "Having spent my entire life in the land of Minnesota Nice, I can confirm that being surrounded by nice is not always a positive experience." Would you rather be remembered as a nice person, or as a good person? (Cannonball Read 12)

In Georgia, there's a stray dog who has made it his job to protect this kindergarten class — so they can cross the street safely.

He shows up every single day — even cursing out the cars that don't stop. 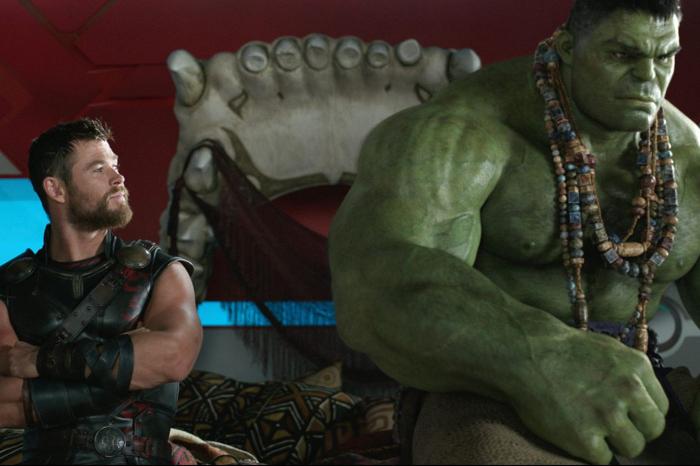 'Star Trek 2: The Wrath of Khan', 'T2', And Other Sequels Redditors Believe Are Better Than Their Predecessors