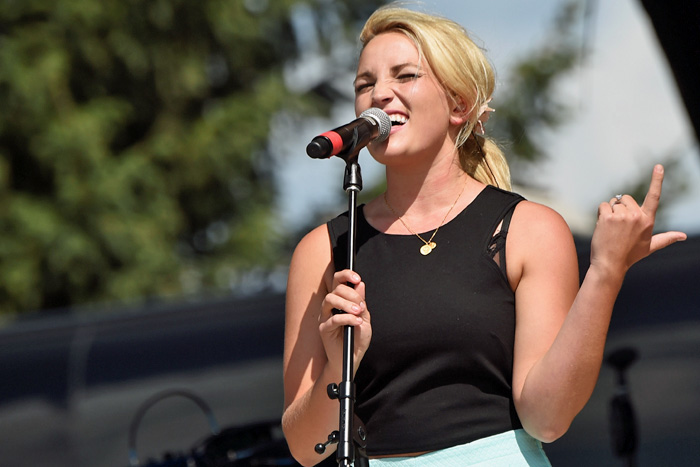 Britney Spears and Jamie Lynn Are Already Fighting On Instagram

For the record, I’m not trying to push some sort of “catfight narrative” here, but um, Britney Spears and Jamie Lynn are 100% fighting with each other via Instagram captions. Britney, who is reportedly in control of her account now, literally wrote “May the Lord wrap your mean ass up in joy today” in regards to one of her sister’s posts. That happened in real life. I’m just relaying the facts. (Jezebel)

Controversial opinion: Emily Ratajkowski was holding her baby like a sack of potatoes. We’re all looking at it. (Dlisted)

New #DuneMovie posters are out! This one is my favorite. pic.twitter.com/edywSvapTZ

From Claude: A French union has filed a collective lawsuit against game studio Ubisoft over the allegations of covering up sexual harassment by senior leadership. (GamesIndustry.biz)

From Kristy: The GOP is a dying party. (TikTok)

12-year-old Gui Khury not only made history with Tony Hawk watching, but also competing in the same category 👏

Shailene Woodley is tired of unrealistic sex scenes where people wear bras. You have my sword! — Metaphorically! Wow, this got away from me fast. (IndieWire)

Rosie O’Donnell is sorry she told her entire daytime audience how Fight Club ends back in 1999. She could’ve handled that better. (THR)

Gideon the Ninth by Tamsyn Muir is a popular book at Cannonball Read, and Cannonballers were as excited to read Pekania_Pennanti’s review as she was to write it. "I know a fair bit has been written about it already, and I need to add to it, because this book. This book. My God this book." What books do you look for opportunities to yell about? (Cannonball Read 13)

← 5 Shows After Dark: 'Adorableness' Premiere on MTV, 'Getaway Driver' Premiere on Discovery | Space Cowboy And The Rocketeers Head To Space This Morning →