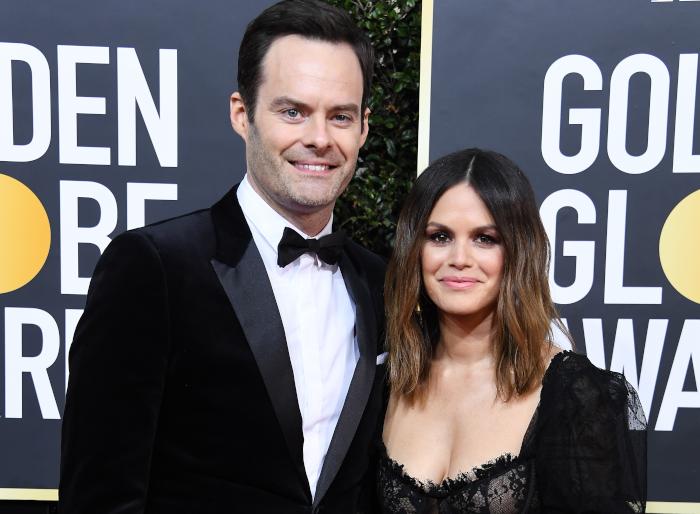 It's Official Now, and It Is Adorable

Hello, darlings! How have you been? I haven’t seen you since last year - what’s new with you?

I didn’t get to see much of the Golden Globes tonight (or the red carpet looks beforehand), but man, this lookback at GG fashion a decade ago is ah-MAH-zing! That might be hyperbolic. It’s interesting. In-TER-esting! - (GFY)

I was going to add in a picture of Jason Momoa in his tanktop at the Globes, but then I saw this most adorable little video of Miles Legend and his new puppy and I couldn’t NOT post it.

love at first sight. everyone is still alive and okay and I know you’ll have something to say but please just breathe!! you got this!! pic.twitter.com/emv64F0B6m

If you were worried that “concern trolling” went away with the 2010s, don’t be! People are now “concerned” that Adele “has lost too much weight” and “might be too skinny.” I’m only mildly concerned that this is actually Sarah Paulson and not Adele! - (Dlisted)

Remember “Affluenza” teen Ethan Crouch? He’s violated his probation (again) and has been arrested (again). I like the depth of this article, though. It doesn’t just go “Fuck that guy.” It looks at the criminal justice system and drug and alcohol dependency and the treatment of white young men who get a chance at rehabilitation that black and brown young men don’t often get. - (The Root)

In case you’re wondering why Greta Thunberg changed her name to Sharon on Twitter. - (Metro)

Kate wanted to make sure you got to check this out: “It’s always 2008 in my heart, and as a result, I was asked to be on the High School Slumber Party podcast to talk about my second favorite subject matter (ghosts being my first) TWILIGHT.”- (CageClub)

Roxana shared this “Alton Brown and Elizabeth Ingram’s loft looks sort of like a macabre Anthropologie, and I both sort of like it and also sort of feel like it doesn’t seem very cozy!” - (Atlanta Magazine)

Our Forever President spent New Years in Hawaii and got in some shirtless paddleboarding. *sobs* I miss this man and his family soooooo much! - (Yahoo)

Meanwhile, that fetid boil on the ass of America, Trump, is busy on Twitter threating to commit war crimes. - (TMS)

No, this isn’t going to cure homelessness, so don’t bother making that argument. Making someone feel pretty and clean and heard? That can definitely help someone feel better about themselves and that’s something. - (BP)

KStar has been lurking around Pajiba and Cannonball Read for a long time and decided to participate this year. She usually loses interest in non-fiction books around page 200, but she found Ronan Farrow’s Catch and Kill: Lies, Spies, and a Conspiracy to Protect Predators gripping. "Although he is a figure of lurking menace that skulks through the margins like a tumor, Weinstein isn’t the central antagonist. Really, Catch and Kill is a book about the complicity of self-preservation." What are some other non-fiction books that KStar might like? (Cannonball Read 12)

This is Lincoln and Company. Lincoln is one of the many therapy dogs who visits kids currently under the care of @childrenshealth. He helps ease their anxiety and build their confidence. Company is training to one day do the same. 14/10 for both pic.twitter.com/zyiFuQc8Ll