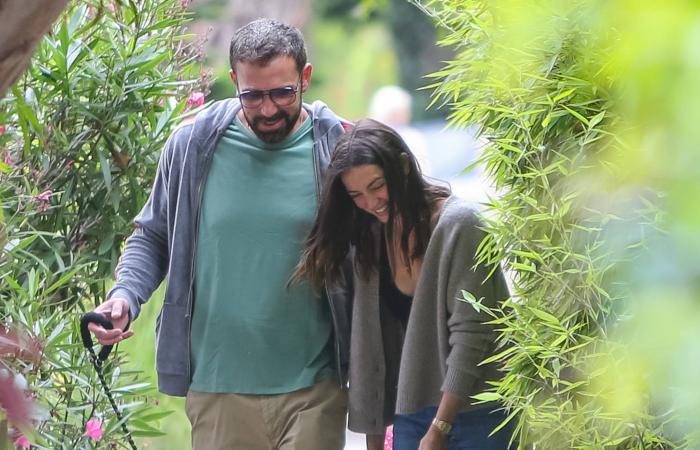 Ben and Ana Better Step Up Their Paparazzi Game

This is, as the youths say, fire. “I Support Strong Woman of Color Unless They Are Politically To My Left” (McSweeney’s)

How Dollar Stores Became Magnets for Crime and Killing. Discount chains are thriving — while fostering violence and neglect in poor communities. (ProPublica)

I mean, Westworld might be a full-on Monet, but I love it nonetheless. I love Evan Rachel Wood more. So here is an interview with her. (Variety)

If you watched Knives Out and wanted to see more of the mansion, have I got a link for you! (Hooked On Houses)

You know, Amy Schumer has definitely grown on me a little. I think the first sentence in this post pretty much sums it up for me: “Amy Schumer has always been a sharer, for better or for worse. Over time, fortunately, much of Amy’s openness has been for the better.” (Celebitchy)

Michael Cohen did not pass Go, did not collect $200. (Buzzfeed)

I’m kind of loving that face-covering fashion is a thing. SJP wears it well. (GFY)

Ben and Ana better step up their paparazzi game. Chris and Lily are right on their heels. (Dlisted)

You all watched The Boys, yes? YES?! I was bored with all superhero content, but boy (I’m sorry), did this show manage to shake up the genre. I’m pumped for season 2. (Ars Technica)

Doomscrolling Is Slowly Eroding Your Mental Health. Checking your phone for an extra two hours every night won’t stop the apocalypse—but it could stop you from being psychologically prepared for it. (Wired)

If you read this before 8 p.m. EST, check out Pajiba taking on The Film Stage in movie trivia LIVE (and if you come across this after 9 EST, you can still watch the taped episode in its entirety).

How Starship Troopers Aligns with Our Moment of American Defeat. (The New Yorker)

I’ve been seeing a lot of The Lincoln Project in my Twitter feed, so I’m here to tell you that they’re absolute trash. Chapo Trap House did a very informative deep dive into this PAC. (Soundcloud)

Roberts Isn’t a Liberal. He’s a Perfectionist Who Wants to Win. (Slate)

CaityCat loved Rainbow Rowell’s Carry On when she first read it, and was looking forward to Wayward Son. "I loved it back then, so now that the sequel was being released, and with a bit of time to kill waiting for my fancy copy to arrive from England, I decided to do something I never do: reread the first book. *Gasp* *Scream* *Sirens* I enjoyed it just as much the second time, maybe even more!" Are you a rereader, or a one read and done? (Cannonball Read 12)

Apparently, The Rock has his own line of tequila, because of course he does, but who am I to withhold his margarita skills from you.

Raising a Teremana toast to all our ‘mana ohana’ — stay healthy, my friends. I raise this glass to you and your families - enjoy your summer! DJ 🥃 #teremanatuesday #teremana #tequilaofthepeople


← 5 Shows After Dark: 'Cannonball' Premiere USA, 'Chrisley Knows Best' Eighth Season Premiere | Herd Immunity in the United States? It Sure Looks Like It →