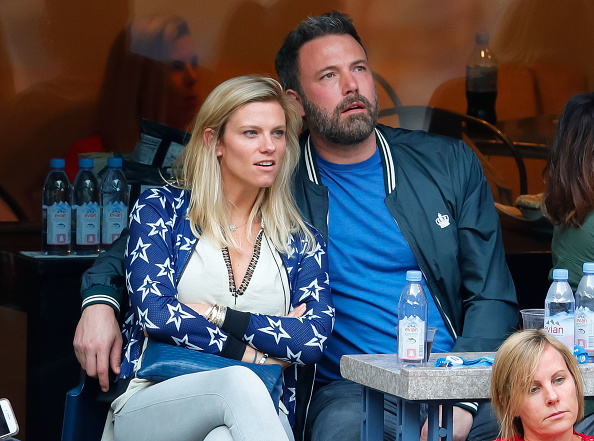 OtherLainey asks “Many times reading this I wondered to myself what the difference would have been if Brad [Pitt] was profiled by a woman, by Taffy Brodesser-Akner or Caity Weaver or Allison P Davis” and I can’t help but wonder too. - (Lainey)

It’s not that Joe Biden is too out of touch and old, you guys. It’s that EVERYONE ELSE is too young. Yeah, that’s the problem. - (Celebitchy)

Dustin shared the winners of the Creative Arts Emmys earlier today, but it didn’t include the Emmy that Colin Kaepernick won. Yeah, that’s right. Kaep won an Emmy. - (The Root)

There were also many good looks for the Creative Arts Emmy Awards (and a couple of ladies wearing Rodarte - WHY? Seriously. Make it stop!) but I’m choosing to link to the picture of Megan Amram, specifically, because dammit, An Emmy for Megan Season 2 SHOULD HAVE WON! I hope this means there will be a season 3. - (GFY)

I have thought of another explanation pic.twitter.com/tpb5Why7Y2

Kate succinctly sums it up, “Jesus, the Markle side of the family are the WORST.” - (Jezebel)

SNL producer Lindsay Shookus, who previously dated Ben Affleck, sure seems to have a type. - (Dlisted)

I refuse to admit to how many of these apply to me. - (McSweeney’s)

Despite my injury-prone old-self, my inner 15-year-old is super into these glitter-infused foods. I really should grow up some day… maybe next year. - (Revelist)

National Hispanic Heritage Month runs from September 15–October 15. Halbs has been exploring his own Mexican American heritage, which led him to NPR’s Latino USA, which led him to Roberto Avant-Mier’s Rock the Nation: Latin/o Identities and the Latin Rock Diaspora. It was more academic than he expected. "That being said, though, the myriad footnotes and tangents allow the reader to create one heck of a playlist, and also to do more independent research." Who would be on your Latinx playlist? (Cannonball Read 11)

← BTS Haven't Broken Up Yet, Say They're Back (But Do You Believe That?!) | Rob Schneider and David Spade Defend Shane Gillis After 'SNL' Fired Him Over Racist Remarks →