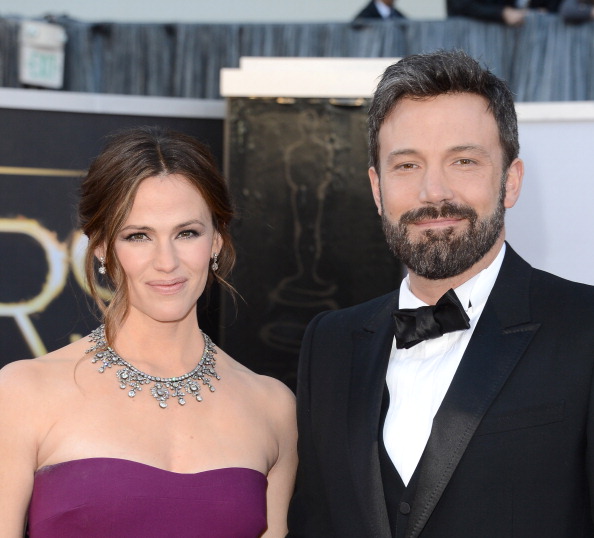 Ben Affleck Reveals His Biggest Regret, and It's Neither 'Gigli' Nor 'Jersey Girl'

Congratulations to our friends Jessica and Heather, aka The Fug Girls, on their upcoming new book! It’s a sequel to The Royal We (which I got for Christmas and then immediately loaned it to my m-i-l and I don’t remember her giving it back. Rude. Sorry, tangent.) - (GFY)

Kayleigh shared this in our Slack and said, “Bless my people.” It made me snortlaugh!

A Scottish farmer at Auchingarrich Wildlife Centre fools tourists into believing that her flock produce tartan wool with the help of some harmless sheep marking spray. The visiting Americans were told that the animals were being raised on a diet of Irn Bru and shortbread. pic.twitter.com/oFhkOCuSbH

Who the hell is still watching Wendy Williams? Why? She’s a garbage human. - (Dlisted)

That gorgeous house in Parasite was not an existing house, it was built for the movie. Same with all the custom-made furniture that went in it. Holy crap. -(Vulture)

Rosario Dawson officially came out as queer. - (Glow Up)

I love a happy ending!

I hope Amy Schumer’s IVF procedure was successful and I truly hope that her openness and honesty about what she’s going through is helpful for anyone else who may be experiencing difficulty with conceiving. - (Celebitchy)

Sharon Osbourne has stopped dyeing her hair red (reddish purplish) and good for her! It’s so great to get off that constant touch-up train. - (Allure)

I mean, Kate’s not wrong when she says, “I feel like if Ben Affleck is saying this, there’s something to it, because surely Gigli would be the top of that list?” - (People)

Blech, this is not the new KitKat flavor I was hoping for. - (The Takeout)

Cosbrarian would like to see better representation in pop culture. "Getting more works published by the Native community is hugely vital, and I am trying to read more of what is out there myself." Christine Day’s I Can Make This Promise is an excellent middle-grade book with a Native American protagonist looking for answers about her heritage. Are you making an effort to diversify your reading habits? (Cannonball Read 12)

Give her that nuggie!