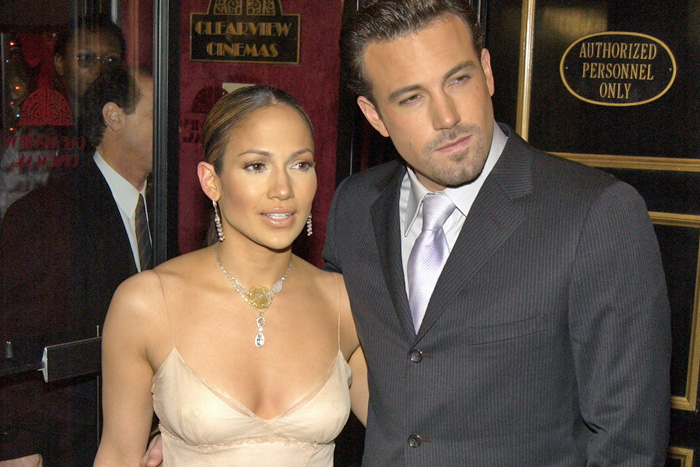 So the other day, I wondered how Jennifer Lopez would react to Ben Affleck going viral for sending a message to some internet rando on a dating app, and it turns out the answer is she’ll jet off with him to Montana for a “couple’s vacation” even though they’ve been back together for five minutes. (E! News)

Alexander Skarsgard went to the SNL after-party with Cousin Gregg from Succession, the main ingredient for a Tomlette? Christ, what’d I give to be a fly on that wall. (Lainey Gossip)

John Mulaney got out of rehab and immediately divorced his wife, as in he was the one to pull the trigger, then went on a comedy tour. OK then. (Dlisted)

The 19-year-old who recorded Matthew Perry after he aggressively asked to move their Raya match to FaceTime — Chandler. Dude… — has been kicked off the dating app. (Celebitchy)

i interviewed a bunch of karens about asking to speak to the manager pic.twitter.com/u1TQQgf37H

Roxana wrote about Twister, a perfect movie, on the occasion of its 25th anniversary. “More blockbusters with sentient weather events and fewer that prop up American imperialism and warmongering!” (Crooked Marquee)

Absolutely solid rant from my man John G. Cole on the recent spate of businesses freaking out because people don’t want to risk dying for shithouse wages. (Balloon Juice)

From Lainey: Bye, Halo. You were a very good dog!

Andy Serkis confirms that the characters in Venom: Let There Be Carnage will not have a connection to Tom Holland’s Spider-Man. Yet. (Uproxx)

Jeff Garlin gets mistaken for Harvey Weinstein a lot, and like any reasonable person, he is not a fan of that experience at all. (Daily Beast)

Shockingly, no one thinks “Instagram for Kids” is a good idea. (The Cut)

Dsbs42 is a completist, so if she starts a book she will finish it, including rule books for role-playing games. She speaks from experience when she recommends Monte Cook’s Cypher System Rulebook, "It is clear, simple, and has everything you need to start playing, either as a gamer or a GM." Do you play RPGs? (Cannonball Read 13)

← 5 Shows After Dark: 'The Crime of the Century' Premiere HBO, 'I, Sniper' Premiere Vice | The Second Trailer for 'The Green Knight' Lays Out More Plot, Reminds of Dev Patel's Hotness →