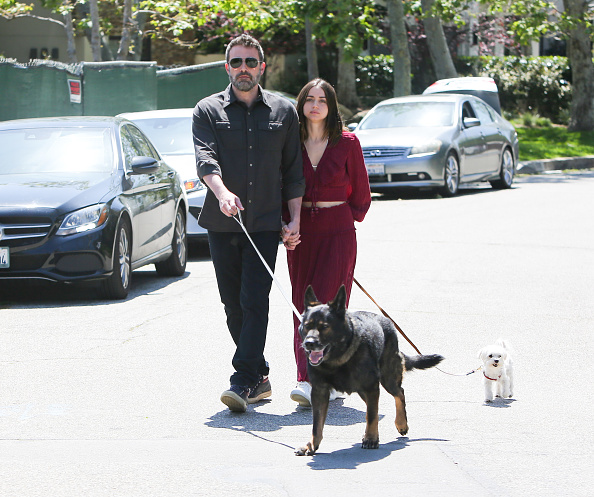 It’s the start of a new week, and yet, it’s somehow STILL March! I don’t get it, but I’ve been assured that March will, in fact, end after Tuesday, but I remain skeptical. How’s everyone doing? Ready for another week at home?

Rapper Tierra Whack is all of us, sick of being stuck at home. - (The Root)

And then Seth shared this in our Slack and now I might want to explore TikTok?

All of you stuck at home with no privacy because you’re in an “open concept” abode, now you know who to blame. Scully shared this in our Slack and I love it. “I spoke with HGTV executives. And the reason that they are so big on open concept is because it gets the male viewers. Like, guys like to watch sledgehammers and, like, taking out walls.” Let’s go ahead and blame #MasculinitySoFragile for all this “open concept” home design garbage we’re stuck with. - (The Atlantic)

A state in southern India is NOT messing around with their Coronavirus quarantine regulations. - (Buzzfeed News)

I don’t follow anyone on IG, I don’t have IG, but if I DID, I would 100% follow Britney, because DUH, but also Gabrielle Union so I could see that judgy baby’s face all the time! I adore Kaavia James. - (Lainey)

Drake posted pictures of his (very cute) two-year-old son Adonis and people were a little surprised at first. - (Celebitchy)

Guys! Guys! Did you know that Ben Affleck and Ana de Armas were a couple? I think the brand awareness on this is high. In fact, here are FIFTY (50) photos of the two walking their dogs around Los Angeles. - (JustJared)

While I think we should help other countries, if and when we’re able to, it’s absolutely deplorable to send such an enormous supply of our stockpiles of medical supplies to China and then doing nothing to restock those supplies and telling the American people that the illness isn’t coming here and it’s a “Democrat hoax.” - (The Root)

Or just let Auntie Maxine break it down instead. DAMN!

Trump, you incompetent idiot! You sent 18 tons of PPE to China early but ignored warnings & called COVID19 concerns a hoax. You've endangered doctors, nurses, aids, orderlies, & janitors - all risking their lives to save ours. Pray 4 forgiveness for the harm that you're causing!

I always thought New York City was too loud for me, but this kind of noise is wonderful. Thank you, NY, and thank you to all of our healthcare workers! - (News and Guts)

Remember when Prince Harry and Jon Bon Jovi recorded a song last month for the Invictus Games? (You might not remember it because a month ago was approximately 1100 days ago) They released that collaboration and well, Dustin LOVES him some JBJ, so he might think it’s great! I only made it about a minute and a half into the song. - (PW)

Speaking of being drunk, back in the day when I used to occasionally overindulge, I would swear to anyone who would listen to me that McDonald’s had the BEST Coke (and fries) to help with a hangover. And it turns out, folks, I was right! - (MF)

Two of my all-time Fug Madness favorites are up against each other - so exciting! - (GFY)

On Earth We’re Briefly Gorgeous was chosen for pineolliepple by her book club. She was in the mood for lighter, cozier fare and struggled to connect with Ocean Vuong’s beautifully written prose. "I read this book in the wrong headspace, and I didn’t connect with it as much as I might have otherwise, but I would eagerly recommend it to anyone looking for a tougher read." Have you read a book that you knew was well written, but you couldn’t sink into it? (Cannonball Read 12)