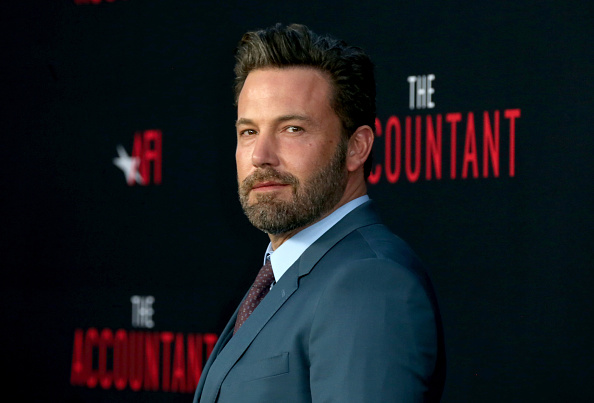 Ben Affleck Has a New Girlfriend

I want to know how Jim Bakker is even allowed to be a ‘televangelist’ again, sell anything on tv ever again, or even be on tv ever again without the words “CONVICTED FELON OF MULTIPLE FRAUD AND CONSPIRACY CHARGES” plastered across the screen. - (The Root)

Oh, hey, but you know who is coming back to tv again and should be welcomed back? Game of Thrones’s Jack Gleeson. Remember, folks, he’s not actually Joffrey, so be nice! - (AVC)

Jimmy Kimmel is busy working on the new iteration of Who Wants to Be a Millionaire, so he’ll need a guest host on Thursday night. If you were trying to guess the most likely fill-in for the night, you would be wrong. - (Deadline)

Vivian asks if we think Trump knows who Nero is and I’m gonna’ go ahead and say, nope. Not a goddamn chance. - (TMS)

There’s no reason for me to link this except that I’m craving cake. I really want some cake.

Amanda Bynes’s engagement has been canceled and a judge has ordered her to enter a psychiatric facility. We have so much love for Amanda Bynes here and we hope for nothing but the best for her. - (Dlisted)

Roxana shared this: “for Schitt’s Creek fans, of which there are many.” - (Twitter)

New Cannonballer chilejamie had never read Leigh Bardugo. When she read Ninth House, "I had no expectations going in, just a love of misfits doin magic, a curiosity about secret societies I’ll never belong to, and a sincere commitment to the literary thriller." She was not disappointed. What tropes will convince you to read a new author? (Cannonball Read 12)

← A Message to Ed O'Neil: Dude, Keep Your Daughter Away from Leonardo DiCaprio!! | For Bernie Sanders, It All Comes Down to Michigan →