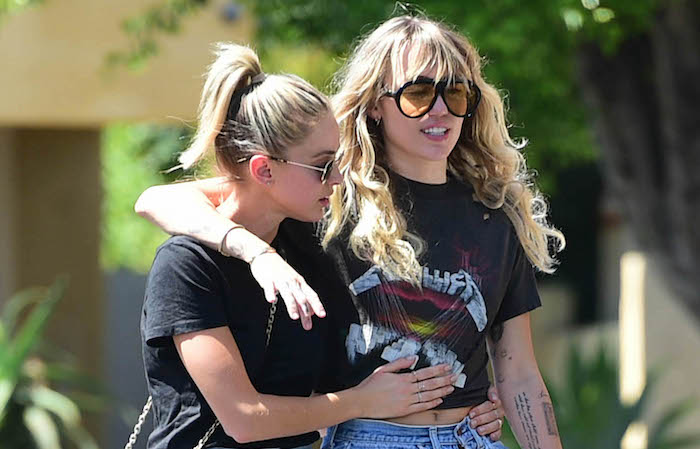 Bad News for Anyone Who Got a 'Miley + Kaitlynn =4EVAH' Tattoo

The 71st Annual Emmys are/were tonight and Dustin will have the major category winners up in a separate post after the show. I’m sure we’ll cover the fashion angle more extensively on Monday, but here’s an early taste - (Jezebel)

Did you watch Lilly Singh’s late-night premiere week? I don’t know how I forgot about it, but I did and only saw the episode with Tracee Ellis Ross, but I’ll be watching this week for sure! - (Lainey)

Speaking of Lilly Singh, she’s one of the 25 women featured on Marie Claire’s covers celebrating its 25th anniversary. Side note: I seriously thought Marie Claire had been around for much much longer than 25 years, though. - (GFY)

I believe the cheese-eaters are the future, teach them well and let them lead the whey - (Ruin My Week)

Queer Eye’s sweetheart Jonathan Van Ness has a memoir coming out and he talked about some of the details within, including his HIV diagnosis. - (AVC)

She quit her job. He got night goggles. They searched 57 days for their dog. This was the moment they were reunited.

Why did I agree to move to a place that doesn’t have a Trader Joe’s? I NEED this Maple Streusel Bread. To LIVE! - (What’s Good at TJ’s)

It’s not looking good for Prince Andrew. Shit keeps hitting the fan on his Epstein-related abuse and now an accuser has gone on camera to talk about it, and there’s speculation that Russia may have kompromat on Andy. - (Celebitchy)

That $1M grand prize and Las Vegas Show that winners get? This is a lot less exciting than America’s Got Talent makes it seem. - (GH)

Real millions, however, are being paid by Robert F. Smith, who generously offered to pay the entire balance of the outstanding student loans for Morehouse’s most recent graduating class. - (The Root)

Bad news for anyone who got a “Miley+Kaitlynn=4EVAH” tattoo. - (Dlisted)

Several of my friends on Facebook shared this and it is so great! Enjoy!

Margaret Atwood’s The Handmaid’s Tale is a well regarded classic with a well received television adaptation. When Atwood announced she was writing a sequel, The Testaments, it was only to be expected that Pajibans and Cannonballers would read and review it. Last week, Hannah gave it a rave review here, as did Classic on Cannonball Read. Carriejay and vel veeter aren’t sure that it needed to be written, and MrsLangdonAlger says, "This felt more like a very good YA dystopian than an artful, beautiful novel about a horrible world that could easily happen." Do you plan to read the book? Have you already? (Cannonball Read 11)