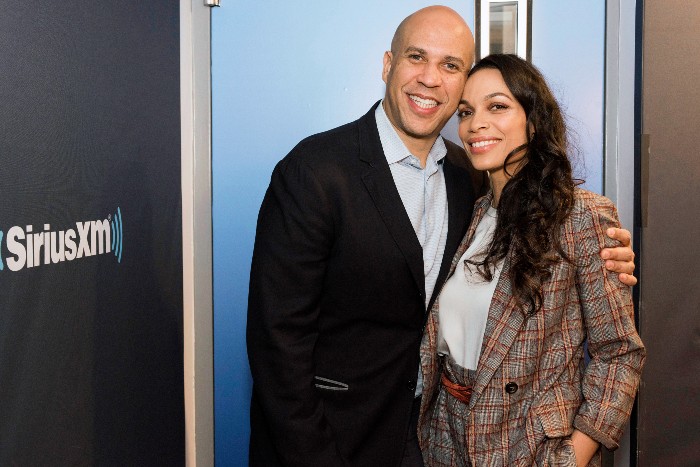 I completely forgot that Rosario Dawson and Cory Booker were a thing, but that’s a moot issue now, because they broke up. As for what happened, it’s pretty obvious. She was stepping out on him with Baby Yoda. They were practically rubbing it in our faces. (Vanity Fair)

The teaser for Bridgerton Season 2 is all about the return of Lady Whistledown. (Lainey Gossip)

The Tinder Swindler got an agent and wants to write a book. (Dlisted)

No snark. Someone needs to shut Kanye West down before one of his crazed fans tries to “help” with his Pete Davidson problem. (Celebitchy)

I can’t wait to spend forever & ever with you, you’re everything I dreamed of and more! let’s get married! 🕊🤎@jjowens_3 pic.twitter.com/BcrWvhEE38

From Dustin: The Fins basically made a commercial for cough drops directed specifically at Petr. (YouTube)

From Alberto: Everything here is a mood poem. (Twitter)

Peacemaker would still be straight if it wasn’t for John Cena pushing James Gunn to do more with the character. (Uproxx)

Abraham Reisman has a fantastic interview with Art Spiegelman. (Vulture)

Classic had read pieces by the late bell hooks but not one of her collections. In all about love, hooks explored love from the personal to the national. "What I loved about this essay is that hooks gets into the interplay between how fear and the media in certain aspects has prevented this being a reality for Americans." Have you read any of hooks’ works? (Cannonball Read 14)

From Tori: Mike, I’m sorry, I don’t have a witty lead-in for this, it’s just perfection? Like…

I met a kindred spirit the other day. I told him we had a lot in common. He told me to scram. https://t.co/3k3qzXM2lf