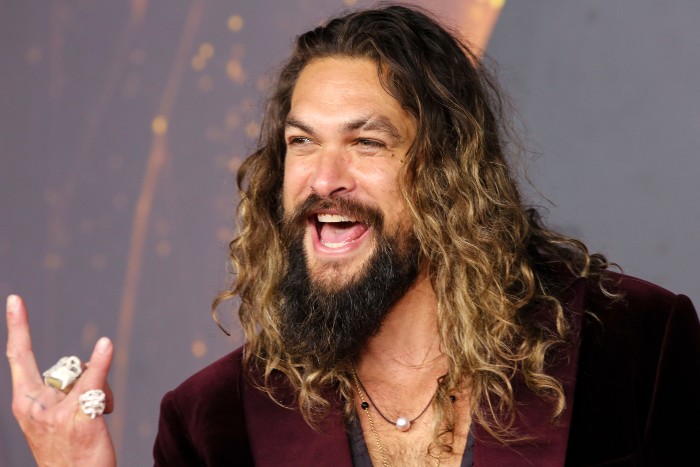 Jason Momoa and Kate Beckinsale Might Be a Thing

While working the red carpet, Jason Momoa set the record straight that he and Lisa Bonet did not get back together, which would explain him flirting with Kate Beckinsale after the Oscars until 5 a.m. Aquaman, you moist devil… (Lainey Gossip)

I honestly don’t know what’s worse. Alec and Hilaria Baldwin busting out a seventh baby to distract from him killing a woman, or the fact that Hilaria is still pretending to be Spanish. It’s a tough call. (Dlisted)

I know Rudy Giuliani had a relationship with his cousin a while back, but was Andrew a product of that relationship? Because Jesus Christ, dude.

“So I have changed the diapers. I have looked under the hood. She’s a woman. I’m gonna be the last guy in a long time that looks under the hood right there.”— Andrew Giuliani about his BABY. https://t.co/z0BM3uEESv

Speaking of how trans rights are human rights, Twitter really needs to get its act together when it comes to politicians saying the trans community and its allies should be put up against a wall and shot. (The Present Age)

Tony Ortega says Scientology is not to blame for Will Smith’s Oscar incident because he was never really into it as much as Jada, who walked away from Tom Cruise’s screwball religion in 2015. (The Underground Bunker)

I don’t normally agree with Hamilton Nolan, but this was some bullshit. Also, aren’t Rosario Dawson and Emily Ratajkowski progressive darlings? Why, yes, they are!

I assume many of these people who crossed the picket line to go to Jay-Z’s party are union members with SAG and uh… what the fuck are you all doing https://t.co/Gj9amWujx3 pic.twitter.com/YnSzdCPxPP

Haha, nobody applauded for Justice League when it won its fake Oscar. (Daily Beast)

Alison Bechdel’s graphic memoir about her love of exercise, The Secret to Superhuman Strength fell well within Sophia’s interests. "Working out helps me so much, both mentally and physically, and it’s an integral part of my life." Are you familiar with Bechdel beyond the Bechdel Test? (Cannonball Read 14)